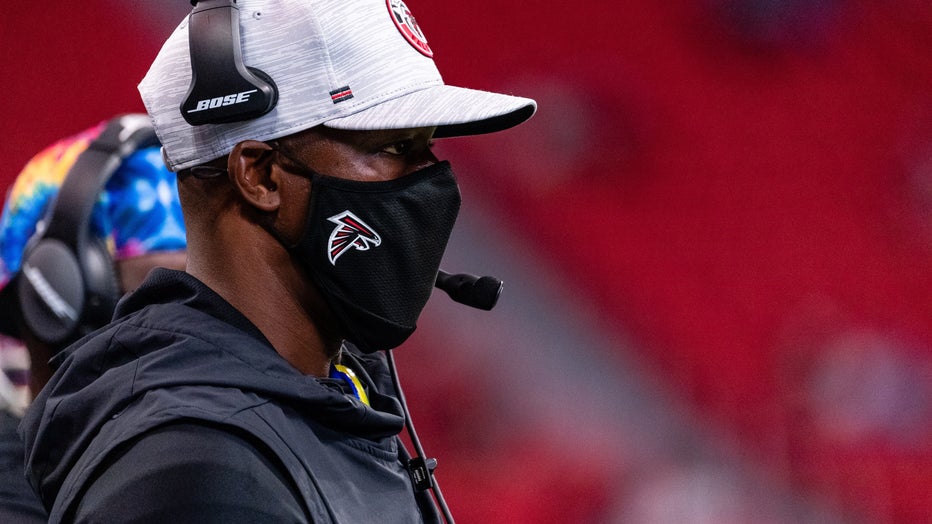 Atlanta Falcons defensive coordinator Raheem Morris looks on during the game against the Carolina Panthers on October 11, 2020. (Photo by Rob Foldy/Atlanta Falcons)

"Raheem is a strong leader and a talented coach that has adapted to a variety of roles since joining the Falcons in 2015," Rich McKay, Falcons President and CEO, said in a team release. "He has experience as a head coach and has worked on both sides of the ball. We felt that combined with his connection to the players and coaching staff, which will be an important factor as we move forward in 2020, he was the right person to give this responsibility to."

Morris is in his sixth season with the Falcons and his first as the defensive coordinator.

Morris began the 2019 season focused on the receiving corps but turned his attention to the secondary after the bye week following a tumultuous start. Over the final eight games, the team went 6-2 and the defense went from having the lowest amount of takeaways in the first half of the season (4) to finishing with the second-most in the NFL (16) after Week 9. The defense also vaulted from the bottom of the league rankings to the top 10 in sacks (32nd to 10th), scoring efficiency (32nd to 9th), and red zone efficiency (31st to 6th) over the final eight weeks of the season.

Quinn out as Falcons head coach, Dimitroff out as GM

The Atlanta Falcons announced Sunday night that general manager Thomas Dimitroff and head coach Dan Quinn have been relieved of their duties, effective immediately. Falcons President and CEO Rich McKay has assumed day-to-day oversight of football operations in the interim and will assist Arthur M. Blank, Falcons owner and chairman, in the search for a new general manager and head coach. Under the direction of McKay, Dimitroff's current responsibilities will be handled by current members of the football operations staff for remainder of 2020. An interim head coach is expected to be announced on Monday.

Morris joined the Falcons after spending three seasons as the defensive backs coach for the Washington Football Team. In 2012, he helped Washington's defense finish tied for fifth in the NFL with 31 takeaways. 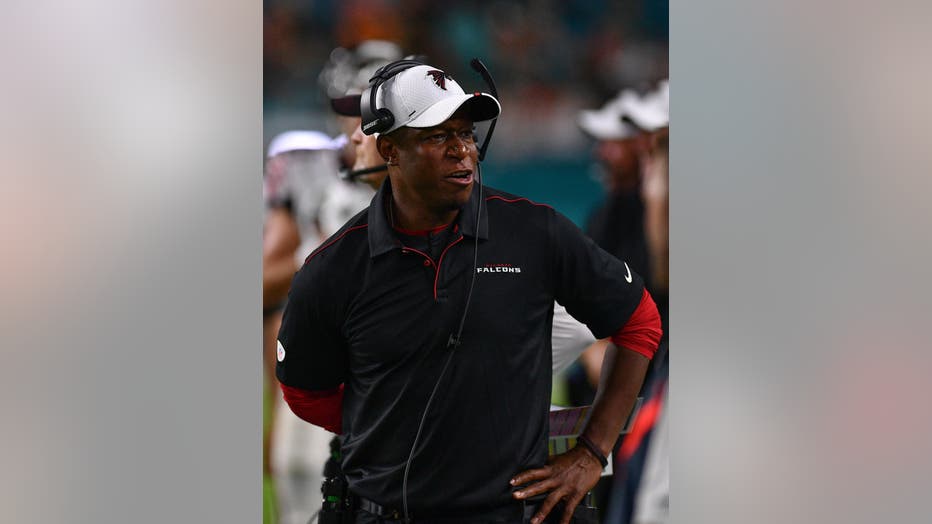