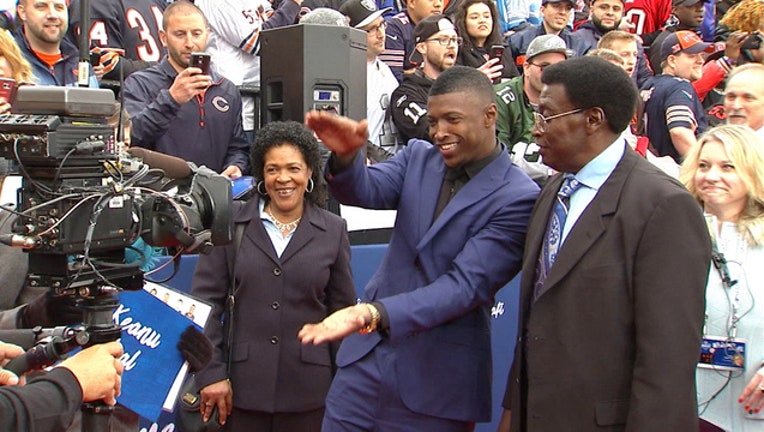 There were reports the Falcons, who have only five picks in the draft, might trade down for additional picks. Instead, Quinn and general manager Thomas Dimitroff said they wanted Neal as a difference-maker on defense.

Quinn said he sees Neal as a player who has the toughness to play close to the line like a linebacker and the pass coverage skills to defend tight ends and running backs.

"The strong safety position, it's a critical one for us and one that's really valuable," Quinn said. "You have to have the run-and-hit factor of playing a linebacker because we play our safety so close to the line of scrimmage."

Quinn said his defense struggled in pass coverage against tight ends last season "so that's going to be a real factor as well."

"We certainly respected his game for a long time and had a clear vision of how to feature him here," Quinn said.

Neal will compete for a starting job as the Falcons look to replace veteran strong safety William Moore, who was released. Kemal Ishmael returns after playing behind Moore last season.

Neal said he believes he's a good fit with Atlanta.

"I've kind of wanted that to be the team I went to," Neal said.

"I think I fit perfectly. They want a guy who's interchangeable, a guy who can do more than one thing, and I fit that."

Neal missed two games in 2015 with a hamstring injury but still had 96 tackles, two sacks and an interception. He had three interceptions in 2014.

Dimitroff said he didn't come close to trading the No. 17 pick.

"We did a lot of calling around in the middle of the draft," Dimitroff said. "There were no specific calls for this pick ... nothing concrete with anyone."

Dimitroff grimaced after first referring to the pick as actor Keanu Reeves. "Did I say Keanu Reeves?" Dimitroff asked.

The pick comes after the Falcons chose defensive players with four of their seven picks in 2015, their first draft with Quinn. That defensive focus included Clemson outside linebacker Vic Beasley Jr. in the first round and LSU cornerback Jalen Collins in the second round.

Dimitroff and Quinn were under more pressure than usual to make good on the first-round pick. Atlanta has only five picks in the draft, including only one after the fourth round.

The team was stripped of its fifth-round pick as part of it penalties for pumping artificial crowd noise into the Georgia Dome in the 2013 and 2014 seasons. The Falcons traded its sixth-round pick to Tennessee last year as part of a package for left guard Andy Levitre.

Other offseason free-agent moves helped make it possible to focus on defense with Thursday night's pick.