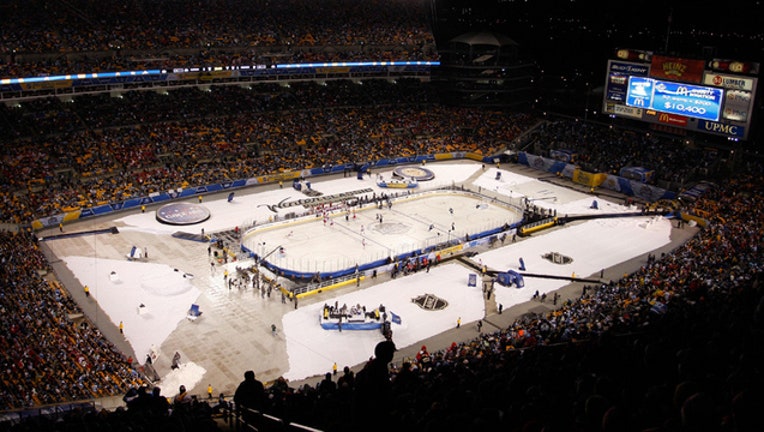 A general view is seen as the Pittsburgh Penguins take on the Washington Capitals during the 2011 NHL Bridgestone Winter Classic at Heinz Field on January 1, 2011 in Pittsburgh, Pennsylvania. (Photo by Justin K. Aller/Getty Images)

The NHL made the official announcement Tuesday during the 2019 Winter Classic, saying the Stars will host the game at the Cotton Bowl.

Sportsnet Canada’s John Shannon said it’s still not known who the Stars will play. That announcement is expected to come at a later date.

The first Winter Classic was held in 2008 in Buffalo and became instantly iconic as the Sabres and Penguins battled in the snow on an outdoor rink constructed on the field of the Bills. The game has been held annually since then, usually at football or baseball stadiums.

The games have only been held along the east coast or the Midwest. The Dallas game would mark the first Winter Classic in the south.