ATLANTA - Calvin Johnson could always tell when a cornerback felt overmatched and he was always happy to take advantage, but it wasn't always that way.

"The first time I ever met him he was coming across from the 8th grade to the 9th grade. He was just  tall, lanky, he was a good athlete, but nothing like the Megatron we know today," says Chip Walker. 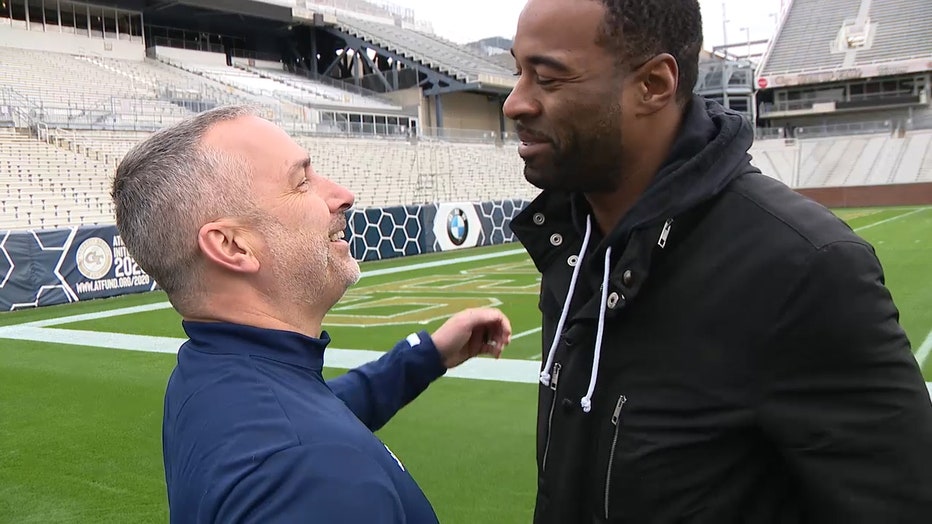 Walker was Johnson's offensive coordinator at Sandy Creek High School in Tyrone where Johnson first burst onto the scene. 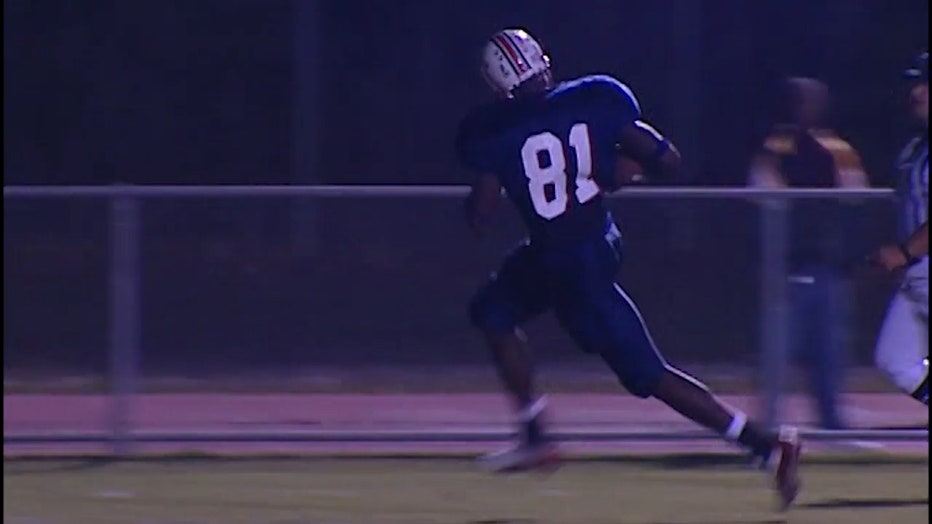 At Sandy Creek Johnson was pegged as the top recruit in the state and when it came to where he'd spend his college days, family was a big factor.

"I was getting offers from places all over the country. It wasn't hard for me to realize though that I wanted to stay close to home because i wanted to have my family be able to see me play. It meant a lot to me to have them there and it was definitely added motivation," recalls Johnson. 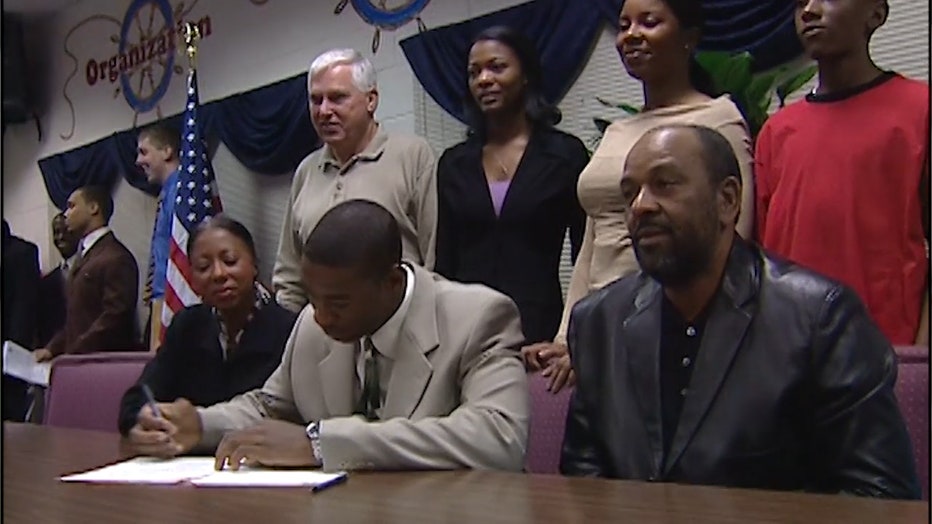 Once he got to the Flats of Georgia Tech. Johnson took no time establishing his dominance. He was the ACC Rookie of the Year in 2004, a 3-time All-ACC selection and two time All-American.

"Those Thursday night games, this place was rocking, there was not an empty seat here," says Johnson. 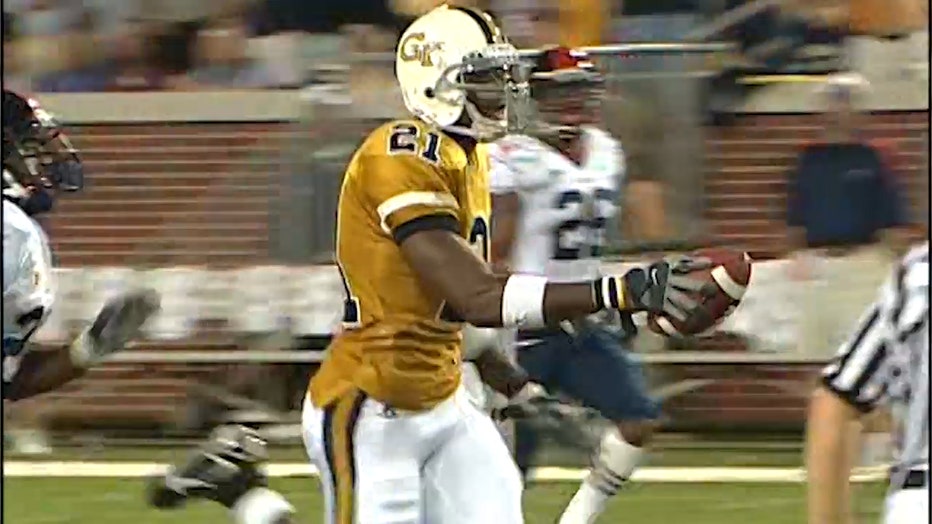 In those big games, big moments, quarterback Reggie Ball knew exactly was he was going to do.

"He would just tell me, 'hey I'm going to give it to you, go get it,' it was like nothing to him, he's just gonna give it to me and I was like alright let's go," says Johnson.

After three seasons in gold, Johnson, his family by his side made another big decision, to leave Tech early and enter the NFL Draft. 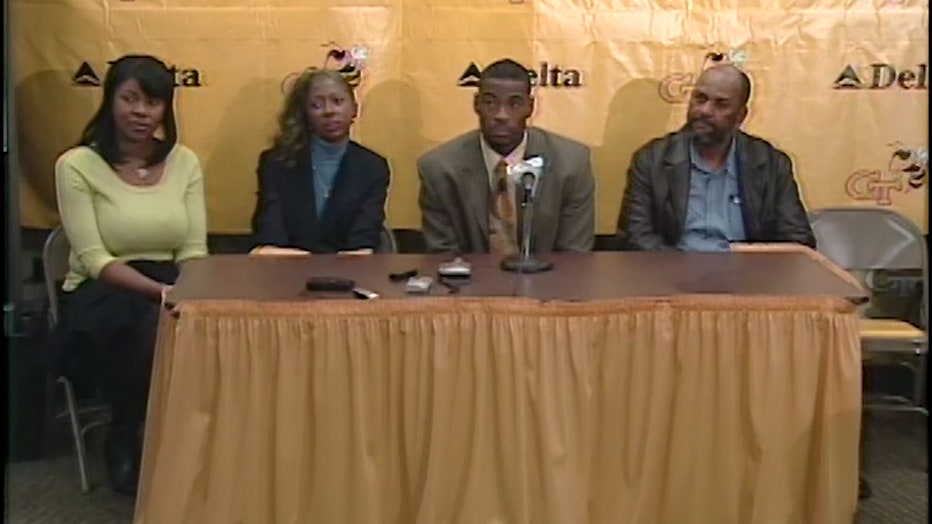 Johnson went second overall to the Detoit Lions where he earned his 'Megatron' nickname, became a 6-time Pro Bowler and set the NFL's single season receptions record and single season touchdown receptions mark. All the time always he kept his family close.

"They've been there obviously the whole way. The feedback from when I might be having down days or even good days. They never let anything slide. Even when i got older and got to the league, If they saw me doing something wrong, they were not going to hold their tongue, especially Mrs. Johnson. She kind of kept me on the straight and narrow, doing the right thing and doing things in my community," says Johnson. 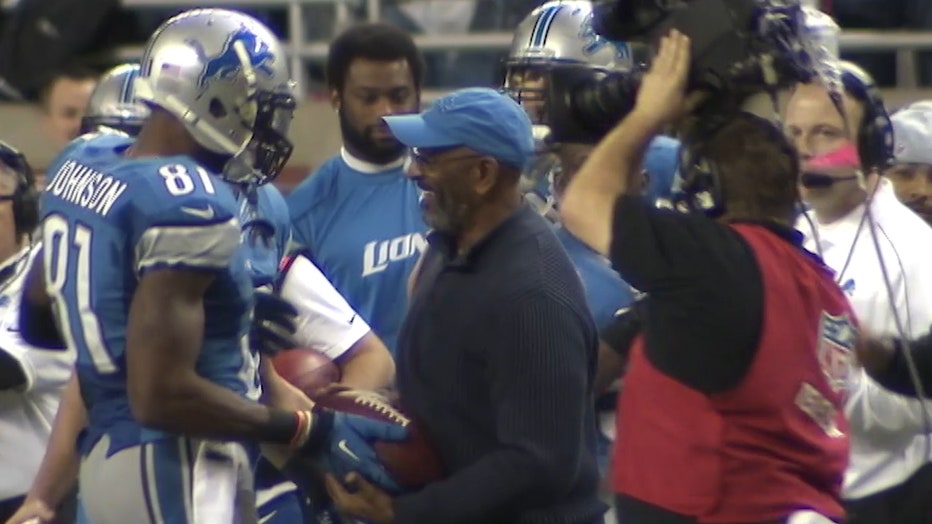 Now Johnson is back in his community being inducted into the Atlanta Sports Hall of Fame. One of many honors he's received, but a special one for a man who grew up a big Atlanta sports fan.

"Going into the Atlanta Sports Hall of Fame is an absolute honor. With all of the gentlemen and ladies who who have put in the time, effort, blood, sweat and tears, the  cliche' into their sports. I grew up watching the Braves, they're my favorite baseball team. The Falcons were my team, the whole era of the Dirty Bird and Jamal Anderson. I grwew up an Atlanta fan, I'm still an Atlanta fan, so I love it when our sports are thriving," says Johnson.

And Johnson did his best work in the heart of the city, under the lights.