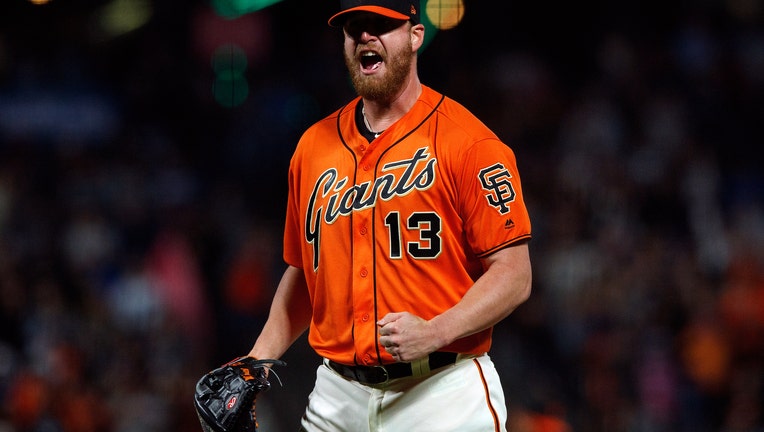 ATLANTA - The Atlanta Braves appear to have found themselves a closer.

The ball club signed lefty Will Smith to a three-year contract worth $39 million, with a 2023 club option for $13 million.

According to release by the Braves:

“Smith joined San Francisco at the trade deadline in 2016 from Milwaukee, where he spent the 2014 and 2015 seasons as well. Originally drafted in the seventh round of the 2008 First-Year Player Draft by Los Angeles (AL) out of Gulf Coast Community College in Panama City, Fla., Smith made his major league debut with Kansas City in 2012 as a starter.

“Smith began working out of the bullpen fulltime in 2014 with the Brewers, and since that season, the lefty’s 12.26 K/9 rate is the fourth best in baseball among left-handed relievers.

Some analysts believe Smith is the best reliever among this year's free-agent market.

The Braves said Smith will be introduced by the team Tuesday during a press event at SunTrust Park.