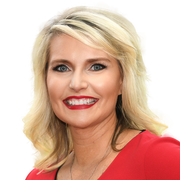 Lori was named “One of the Best State Political Reporters” by the Washington Post and “One of the Most Influential Georgians” by James Magazine. She has won several awards from the Society of Professional Journalists and the Georgia Associated Press. She is also proud of the two Emmys she received during her tenure at WSB-TV along with a Telly for her investigative work in Haiti. Lori was also a 2018 Telly Award winner for a video production focusing on the life of African-American entrepreneur Alonzo F. Herndon. Lori has received top honors from the League of Women Voters and Common Cause Georgia. She is also a 2006 graduate of Leadership Atlanta.

Lori currently serves as Chairwoman of the Board of Directors for Sunshine on a Ranney Day. The 501(c)(3) nonprofit provides dream home and room make-overs for children with special needs. With the help of Lori’s leadership, the charity continues to raise $1 million annually and has completed more than 85 home renovations across Georgia. Lori also serves on the Advisory Board of the Zell Miller Foundation, a 501(c)(3) focusing on developing young leaders committed to public service.

Lori lives in Atlanta with her husband, Bobby, two children and two dogs.