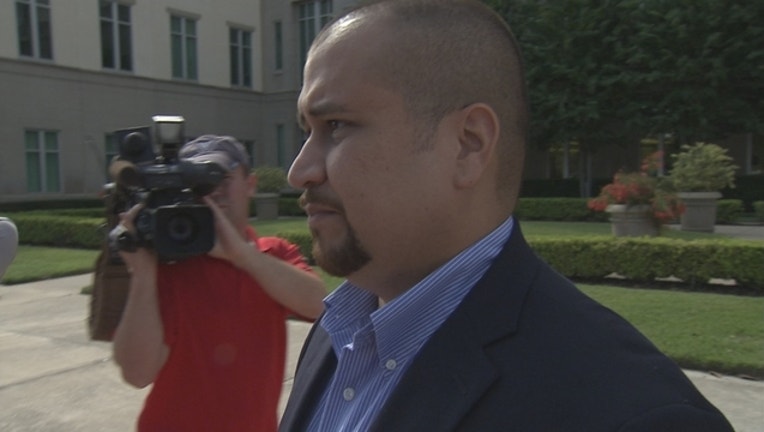 SANFORD, Fla. (AP) - George Zimmerman is in a Florida courtroom as a judge decides whether to move forward in a case involving a man who police say shot at the former neighborhood watch leader.

Zimmerman took the stand Tuesday to explain his version of what happened during his encounter with Matthew Apperson earlier this year.

Apperson is charged with attempted murder.

Zimmerman says he was driving in the Orlando suburb of Lake Mary when a car approached him from behind. Zimmerman says the car followed him and the man began to yell.

Zimmerman says he then saw a gun pointed at him and heard a "bang" sound.

Zimmerman was acquitted two years ago in the death of Trayvon Martin. That case sparked protests and a national debate about race relations.