A veteran gets helps from Call for Action

This WWII veteran gets a new smile.

“This is a picture of me in 1945, just after I got back to the States and discharged," former Navy Seaman 1st Class Angelo Fragapane says, gesturing to a photograph. "I was 19 years old.”

Behind that Navy man's big smile in a photograph from long ago was a memory card filling up with the tragedies of war. 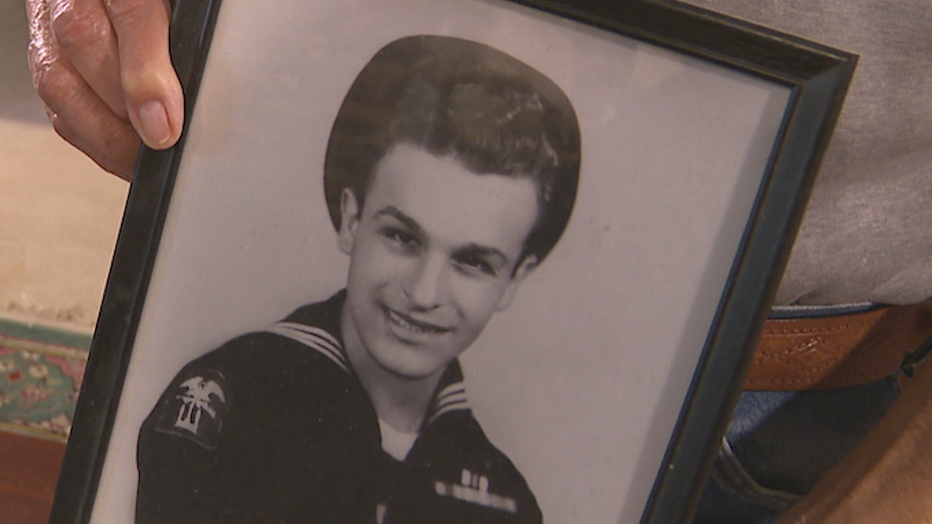 At the time he was in the waters near Okinawa surviving an epic typhoon, but nearby his military brothers in a landing tank ship were getting swallowed by the sea in 40-foot waves.

“In that high wind and storm, it was capsized. We heard men crying and pleading, asking for help and rescue. You couldn't rescue anyone. We were faced with gathering the dead bodies of many American soldiers who had fought the war only to succumb to Mother Nature. That was horrible,” he said.

But he was a military man serving his country. His parents immigrated to the US so that Angelo and his three brothers could have a prosperous life. Service was how he could give back, but it was not an easy path.

A few weeks after the atomic bomb dropped on Hiroshima, this young Navy seaman came ashore in a city gutted by the advancement of nuclear war.

“One young girl, when I docked my boat, from a distance from one side she looked to be unblemished. Then she turned. I saw her left side and she was horribly disfigured," he said. "It's been 74 years, but I pretty much still blame myself. I felt like I did that to her. It was a, it was a, it was a horrible thing.” 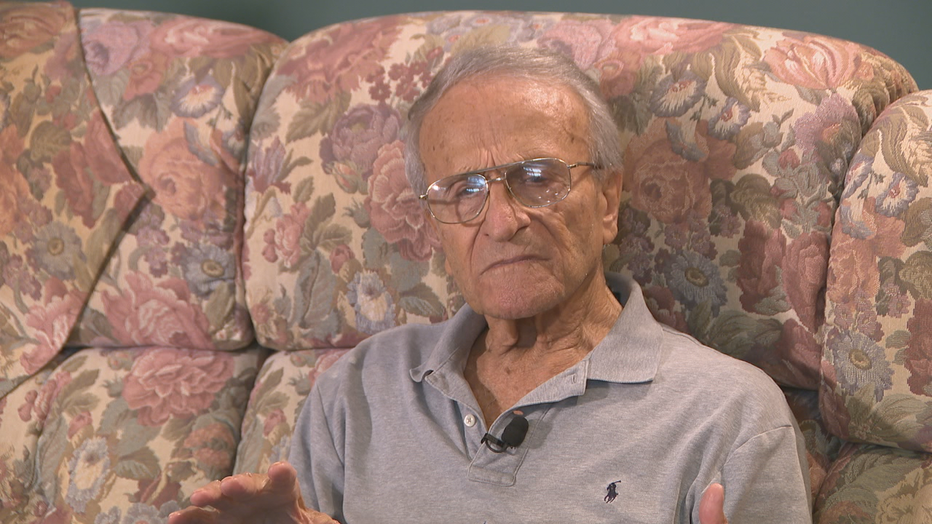 “We hit two ch(j)unks. Chunks are Chinese fishing boats with huge sails. Those sails, broken down over our bow. There were kids on those boats. They sank. And when we were doing work on the boat they found parts of children's bodies near where the school was housed. That was about the end of it. I couldn't take much more of 1945.”

He headed home, decorated, and grateful to be alive. But Japan was still with him. In that mushroom cloud was radioactive material.

“I came home thinking that that was over, and then 15 years later I came down with cancer," he said. "They didn't tell us we were breathing in radioactive dust for that six- to eight-week period.”

Esophageal cancer he said helped to destroy his teeth. According to government paperwork, Fragapane had "100% service-connected disability." But getting extensive dental repairs through the VA, he said, eluded him.

“My dentist, he said I needed four implants. I conveyed that information to them and everything came to a screeching halt," he said.

Yes, stalled, but not stopped. This serviceman tried "Call for Action," which in recent years has made a point of helping veterans just like Fragapane.

“It was all the difference in the world,” he said.

Susan Bowie is the director of this all-volunteer organization that services any of FOX 5's viewers who need help solving a problem with anything from healthcare payment struggles, negotiating with a business, or wading through government red tape. She picked up the phone and got in that call for action.

“All the people at Call for Action is just exceptional. They're interested in helping you. they want to do what they can. and you need that help especially at this stage in life when you can no longer function as efficiently as you did. So, I want to thank Susan with all my heart,” he said.