ATLANTA - Police are searching for multiple suspects after a shooting at a house party in northeast Atlanta early Sunday morning.

Witnesses told police that several uninvited guests opened fire after they were asked to leave the party.

Officers were called to the 500 block of Morgan Street Sunday morning after shots were fired.

Witnesses told police that the home was an Airbnb that was rented out for a party. During the party, witnesses said several men who were not invited showed up and were asked to leave.

Instead of leaving, police say the men grabbed their guns and returned to the home, opening fire on the house and injuring one woman.

Paramedics rushed the woman to a nearby hospital. She is now in stable condition.

Officials are now working to see if they can identify any of the gunmen through surveillance footage.

"Our investigators are going through some video we might have captured on some Ring cameras and stuff like that," Atlanta Police Department Capt. Jessica Bruce said.

So far, police have not released any other information on the victims or the suspects. 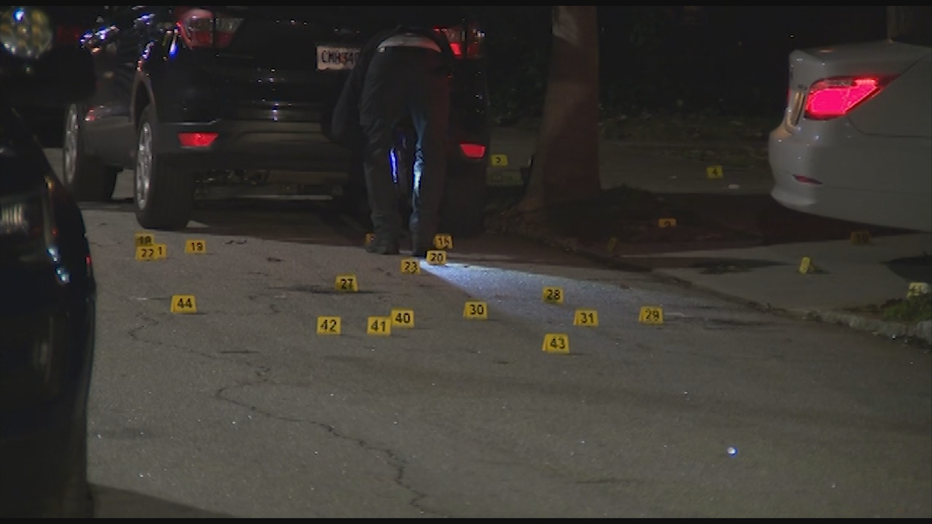 Police are searching for multiple suspects in the house party shooting.

If you have any details about the shooting, please call Atlanta police.