A woman robbed at her Jackson Street parking garage speaks out

ATLANTA - Police need your help identifying a robber's getaway driver. The victim was robbed in a parking garage.

"They could've raped me," the unidentified woman told FOX 5's Kerry Charles, "He could've pistol-whipped me, he could've did anything." 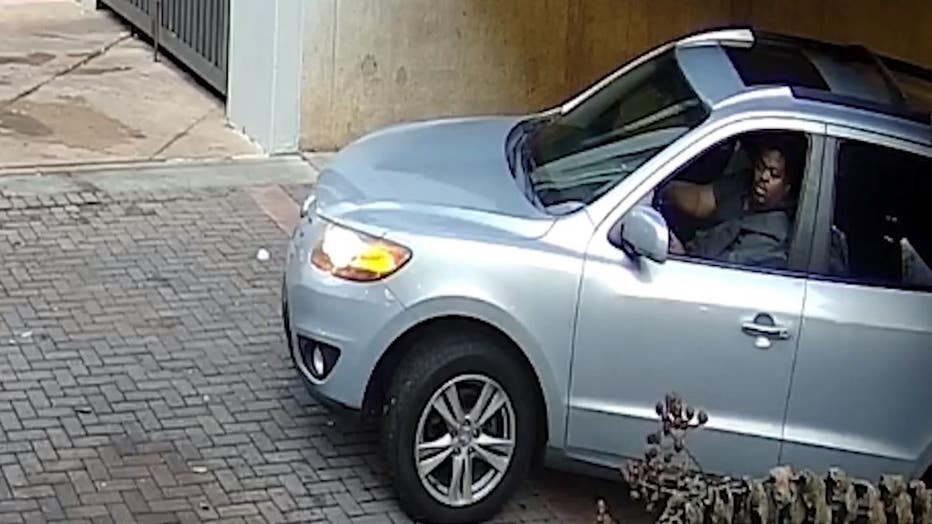 Atlanta police are searching for a man believed to be involved in a parking garage robbery. (Atlanta Police Department)

The victim told police she was walking from her car to the apartment access door on the third floor of the parking garage when she felt someone approaching her.

The man, who was wearing a black hoodie and grey mask, calmly told her to "give me the bag, I don't want to hurt you," she said to police.

Instead of giving the suspect her bag, the victim says she threw some cash into the air and ran away.

"I thought fast on my feet, I took the cash out my purse and threw it in the air," says the victim. "And, of course, he went for the cash and it gave me time to run. I ran into another neighbor and she let me in her car."

Police shared surveillance footage of the alleged getaway driver and vehicle for the crime.

Police release images of a man wanted for robbery in a parking garage on Jackson Street.