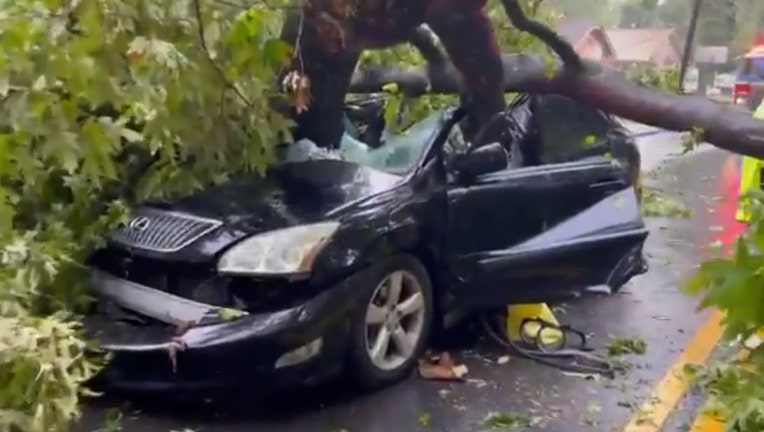 A large oak tree and power lines fell on this car on Donald Lee Hollowell at Eugenia Street in Atlanta. (Photo courtesy of Atlanta Fire Rescue)

ATLANTA - Atlanta Fire Rescue said a woman was injured Sunday morning after a fallen tree and power lines landed on her car.

Firefighters pulled the woman from the wreckage on Donald Lee Hollowell Parkway at Eugenia Street in northwest Atlanta.

Video from the scene showed parts of the tree caved in the windshield and roof of a Lexus sedan.

Officials have not released what caused the tree to fall.

There was heavy rain and wind overnight across the region as tropical depression Claudette swept through metro Atlanta.

FOX 5 Atlanta will provide updates on the woman's condition and details on what investigators believe led up to the accident.