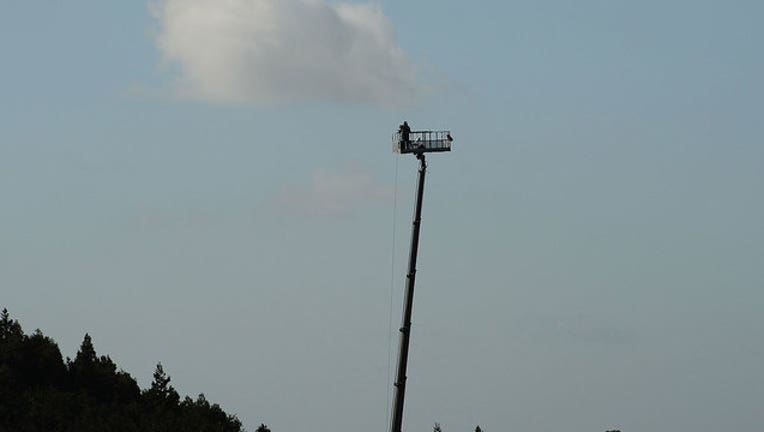 RIDGEWOOD, N.J. (AP) - Police in New Jersey say a woman got angry at a cable TV worker and left him stranded in the air.

Police say the dispute started in Ridgewood on Monday between a woman and an Optimum employee. The Record reports the 59-year-old woman turned off the worker's truck while he was in the lift, leaving him stuck in midair.

Police say the woman took "utility property" before walking away.

The woman was charged with harassment, false imprisonment, disorderly conduct and criminal trespassing. She was released from custody with a pending court date.

No names have been released.