Who will fill the John Lewis’ Congressional seat?

Georgia Democrats began the process of filling the vacant seat for the state's 5th Congressional district.

"He taught me about his idea of the beloved community - how human beings need to love one another and care for each other and that should guide everything that we do," Democratic U.S. Senate candidate Jon Ossoff told FOX 5.

Condolences extend from across the aisle as well. Former Republican Sen. Johnny Isakson shared a poignant picture on Twitter, showing an embrace with Rep. John Lewis, who said at the time, "I will come over and meet you, brother."

"His legacy and the lessons he leaves behind have touched us all," Isakson tweeted.

Beneath the iconic "*Hero" mural, dedicated to Lewis in 2012 on Auburn Avenue, mourners paid their respects - placing flowers, letters, and candles in an impromptu memorial.

Former U.S. Ambassador to the United Nations Andrew Young encouraged Americans to remain hopeful for what comes next. 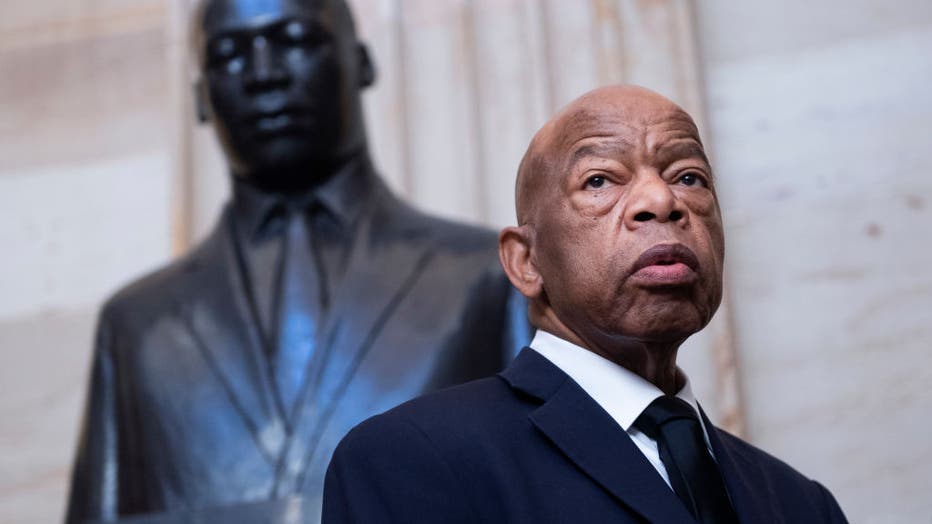 "I think he decided, and I agree, that the future is in very good hands and he had done his part and he was ready to take his rest," Young said.

But what does come next?

Lewis has represented Georgia's 5th Congressional District since 1987. The seat is now vacant.

The Democratic Party of Georgia has the job of naming a nominee, if they choose to do so, to replace Lewis on November's ballot.

“We are deeply saddened by the loss of Congressman John Lewis and wish very much that we were not in this position today," General counsel Sachin Varghese said, adding the party is taking this process seriously.

Nominee-hopefuls have until Sunday evening to apply. A high-profile team of Democrats, including Mayor Keisha Lance Bottoms and former House Minority Leader Stacey Abrams, will narrow down that pool to three to five candidates. Then, the executive committee will select one person by 4 p.m. Monday.

On top of that, Gov. Brian Kemp has 10 days, according to Georgia code, to schedule a special election to determine who will fill Lewis' seat for the remainder of his congressional term through January. Sources tell FOX 5's Emilie Ikeda it's likely that special election will be held Nov. 3 to prevent adding an additional election date.