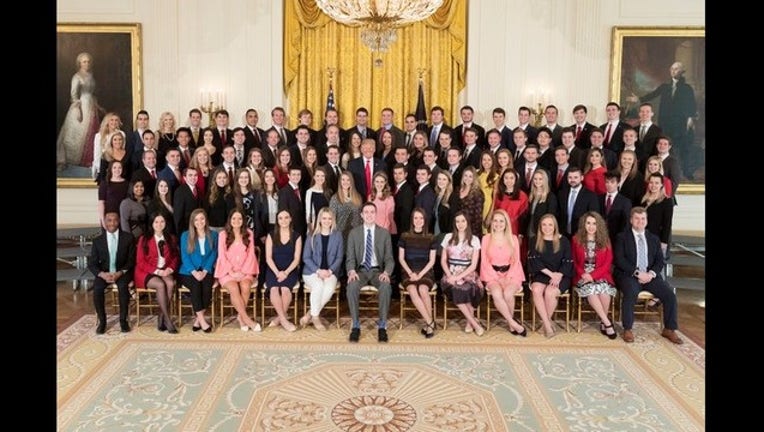 WASHINGTON (KTVU) - A photo of the latest class of White House interns is drawing criticism from those who say it's a glaring representation of the lack of diversity in the Trump administration.

The White House released the photo of its spring 2018 interns on Friday, and it didn't take long for those on social media to react.

In the photograph, the president poses in the center of the group which appears to be made up of a large majority of young white people.

The internet was quick to take note of how few minorities appear in the photo, with some sarcastically remarking that the administration is taking the "white" in "White House" very literally.

Others drew a comparison to the Trump administration, in which few minorities hold senior positions.

Critics also noted that given the president's controversial policies, like those on immigration, people of color may not be clamoring to be an intern under the administration.

Figures show Donald Trump won the presidency with less support from black and Hispanic voters than any president in recent history.

According to the Edison Research, Trump received 58 percent of the white vote. Among non-white voters, he received only 21 percent of support.

91 people are taking part in the spring internship program, which is filled through open applications.

On its website, the White House says the program is made up of a select group of young men and women from across the country.

It's described as a hands-on experience, "designed to mentor and cultivate today's young leaders, strengthen their understanding of the Executive Office, and prepare them for future public service opportunities."