Helping you understand just what Amendment 1 on your ballot means ahead of November 3.

ATLANTA - Election headlines are usually gobbled up by the headliners - like presidential candidates. But inside the Georgia ballot, there is an amendment taxpayers should know about: Amendment 1.

It will channel tacked on fees to purchases to go to their intended purpose and not the general fund.

An example that has stood out to watchdog groups for years is the $1 added to new tire sales, although recently reduced to 38 cents. More than 60 percent of that fee wasn’t going to tire clean up the way it was designed, according to a government watchdog group.

“For the Hazardous Waste Trust Fund, which is to clean up contaminated sites, and for the Solid Waste Trust Fund that can clean up tire dumps which are unfortunately prevalent in the metro Atlanta area, 60 percent of those fees collected are going to the general fund,” said Kathleen Bowen of the Association County Commissioners of Georgia. “Which means, they are not being used to clean up scrap tire piles or hazardous sites.” 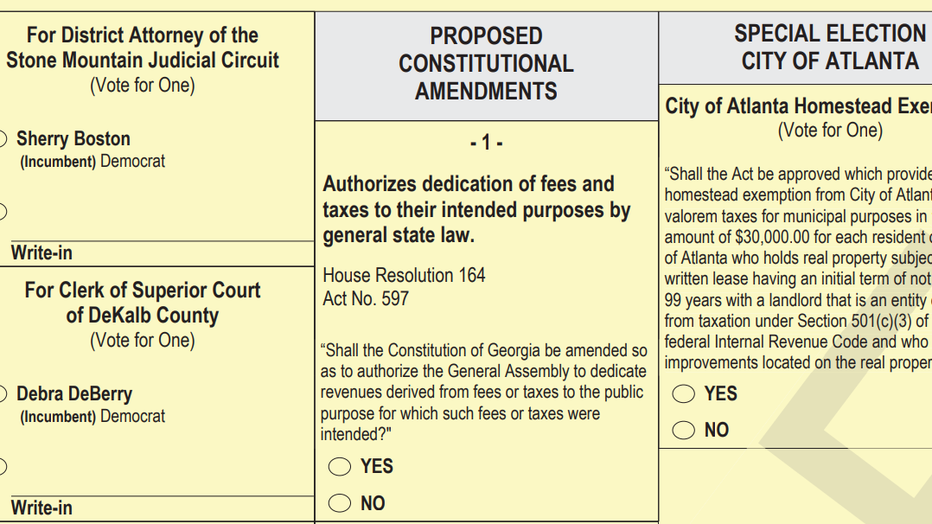 WHY KNOWING ABOUT AMENDMENT 1 IS IMPORTANT.

Metro Atlanta has a big problem with illegally dumped tires. In a previous Fox 5 I-Team investigation SkyFox Drone found thousands piled up on private property and by waterways. Clean-up for the landowner - a victim here - and taxpayer is expensive.

The Amendment 1 ballot item applies to all sorts of fees added to purchases. A majority vote will still require legislative action.