Authorities are now working to determine who purchased the components and built the .45-caliber semi-automatic pistol, the suspect or his late father.

Investigators said that on the morning of Nov. 14, surveillance video showed 16-year-old Nathan Berhow pull the weapon out of his backpack, shoot five students in the quad on campus before turning the gun on himself. The deadly attack was carried out in only 16-seconds.

The shooting claimed the lives of 15-year-old Gracie Anne Muehlberger and 14-year-old Dominic Blackwell. The other three shooting victims were treated at area hospitals and later released.

The gunman died from his injury a day later.

Berhow’s father was reportedly an avid hunter who died two years ago. He had six registered guns in the family’s home but they were seized in 2016 and subsequently destroyed, according to the sheriff. 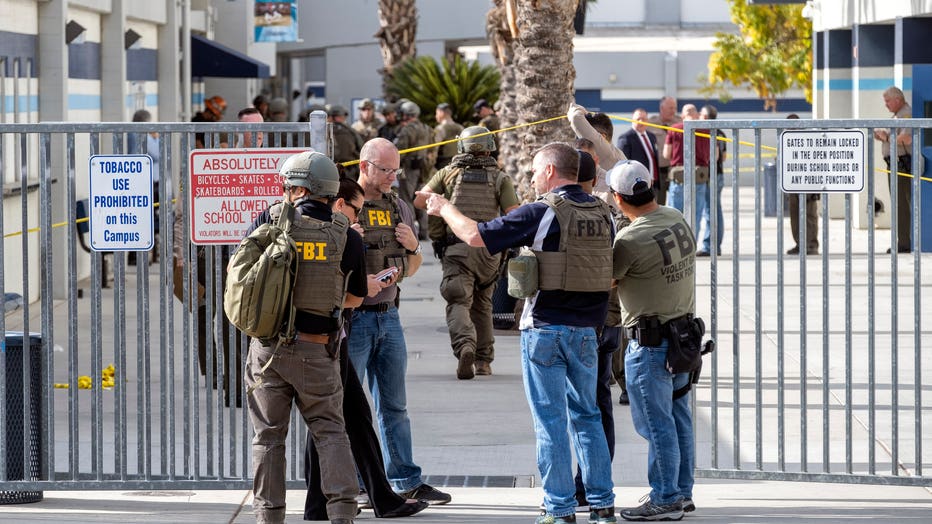 “The deceased’s father was a prohibited person, in other words, by law, he was prohibited from owning firearms," Villanueva said. "We had already seized and destroyed the firearms he had in his procession but he was able to re-arm himself and he had a cache of weapons in his home – 42 firearms in his home – several of them were ghost guns, kit guns, in addition to the one used in the murder-suicide at Saugus High School.”

"Kit guns" are sold at gun shows, can be purchased in gun stores or online, according to the sheriff. The sheriff referred to these self-manufactured weapons as "ghost guns," meaning that they are not registered and difficult to trace. Once you combine a gun kit with access to Youtube, individuals can have everything they need to turn that chunk of metal into an untraceable firearm.

FOX 11 did a special investigative report in 2018 and found several instances where individuals who had been barred from buying a gun in California were able to purchase "kit guns," assemble them into fully-functional weapons and use them to carry out deadly attacks.

"We're recovering ghost guns almost every single day," ATF Senior Special Agent David Hamilton told FOX 11 during that interview. "California has some very strict firearms laws, particularly in relation to assault weapons such as an AR-15, the trend for making ghost guns seems to have started in California, and it's moving nationwide as well as over the border."

The ATF says there is only so much they can do about the issue of ghost guns.

"To ATF, it's either a firearm, or it's not a firearm," Ginger Colbrun of ATF Los Angeles said at the time of FOX 11's investigative report. "If it's a firearm it's regulated, and that's when we can go in and make sure all the regulations are being followed, but if it's not a firearm, it's not regulated, and we have no authority. ATF is going to continue to take these firearms out of the hands of prohibited person, however, in terms of regulating the metal prior to it being a firearm, there's nothing ATF can do about that, that would be in the hands of lawmakers, either federal or state."

“We need to work with Congress to enact legislation to ban ghost guns, to ban the selling of these kit guns that allows anyone — particularly a prohibited person — from just circumventing all the registration laws,” Villanueva said. “That defeats the entire purpose of having these laws in place.”