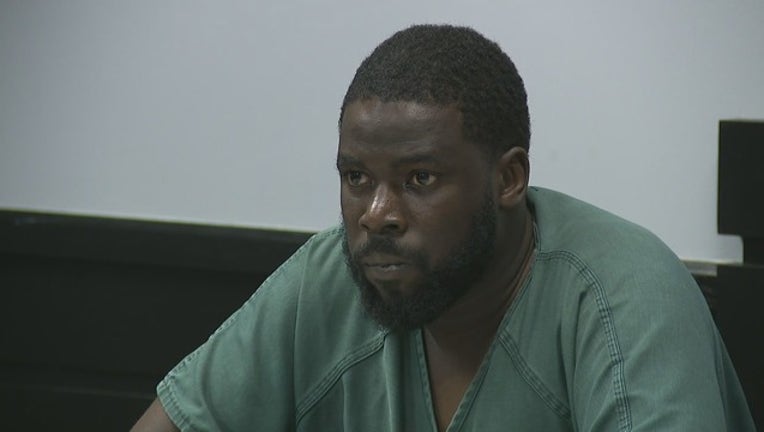 GWINNETT COUNTY, Ga. - The case of a man accused of murdering another man outside of a Snellville Walmart will move to Superior Court, a Gwinnett County Magistrate judge ruled Wednesday afternoon.

The judge issued the ruling after hearing evidence at a preliminary hearing for 28-year-old Troy Hunte.

Snellville Police have charged Hunt with the shooting death of 49-year-old Fadil Delkic.

According to police, Hunte and his fiancé got into an argument with Delkic in the parking lot of the Walmart at 1550 Scenic Highway.

Snellville Police Detective Jeff Manley said the incident began when Delkic started driving his car out of the parking lot.

Manley said Hunte’s fiancée was pushing a stroller with her baby inside and thought Delkic drove his vehicle too close to them. The officer said Delkic got out of his vehicle, the two argued, and the woman hit Delkic in the face.

According to police, that’s when Hunte fired a single shot from a semi-automatic handgun, hitting Delkic in the chest. Medics rushed Delkic to Gwinnett Medical Center where he was pronounced dead.

The lead investigator testified Wednesday that Hunte and his fiancé’ were both on the phone coming out of the store when the shooting happened.

He also testified at least 15 people witnessed the deadly encounter.

The suspect said Hunte and Delkic had no words with each other before the fatal shooting.

Hunte’s defense attorney argued his client feared Delkic was about to punch his fiancé’ when he fired the shot.

Last Friday, Gwinnett County District Attorney Danny Porter told FOX 5 his office will charge Hunte’s fiancée, who he identified as Monique Austin, with either simple battery or being a party to the crime of murder.

Snellville Police ask any witnesses who have not already been interviewed by investigators to contact them at 770-985-3555 to provide a statement.