ATLANTA - Dozens of people turned out in front of the Nathan Deal Justice Center Sunday to honor the life and legacy of Ruth Bader Ginsburg.

The vigil brought together people of all ages, races and beliefs to honor the woman they call a hero and fighter for equality. 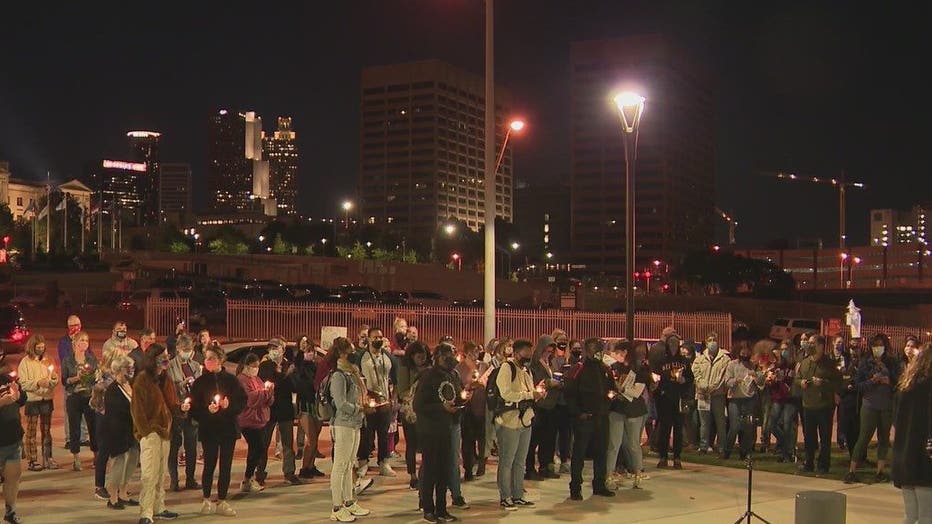 “I know she inspired a lot of young girls in this country and especially young Jewish girls,” Naomi Shavin said.

The Special relationship between Atlanta native Naomi Shavin and the late 87-year-old started when Shavin was just five-years-old.

Shavin use to practice her ABC’s by writing letters to different people. The young mind wrote a letter to Ginsburg asking about jails.

She didn’t expect for the Justice to write back and include a comic strip in the letter.

“I had told her I had a grandma named ruth and she wrote back and said her grandkids call her ‘bubbi’ which is a Yiddish word for grandma. It meant that we shared a faith,” Shavin said.

Ginsburg made several trips to Atlanta for speaking engagements and Shavin made sure to attend and meet her hero in person.

The big question came. Ginsburg invited the then 12-year-old to Washington to spend time with her in her chambers at the Supreme Court.

“Meeting her was just remarkable especially in that setting. It was so intimate and personal. She had those fierce blue eyes and looking into her eyes is something I will never forget,” Shavin said. 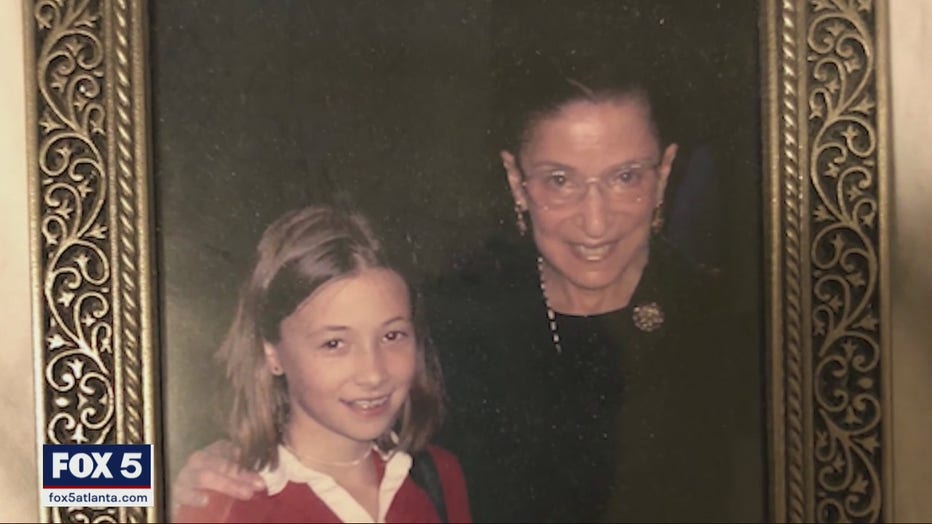 Shavin said as she worked to build a bridge to connect with Gisnburg, Gisnburg was working to build a connection back.

“She took the time to find how we bonded and what we had in common. That has stayed with me forever,” Shavin said.

One of the many reasons why the Justice was a role model for so many.

“She fought for the rights of so many americans and so many  people and I think so many people thought she was fighting for them personally and felt close to her for that reason,” Shavin said.