A rental truck filled with fireworks caught on fire and set off a bunch of fireworks simultaneously during Fourth of July festivities in a Toledo, Ohio neighborhood. (Credit: Jukin Media)

Video shared on Sunday shows residents enjoying fireworks from their front porch during July Fourth festivities. At the beginning of the video, everything appears normal as neighbors set off fireworks and light up the night sky.

Suddenly, the recording device shifts from the sky to the ground to show the truck that was housing the fireworks supply had caught on fire, causing a bunch of fireworks to go off simultaneously. 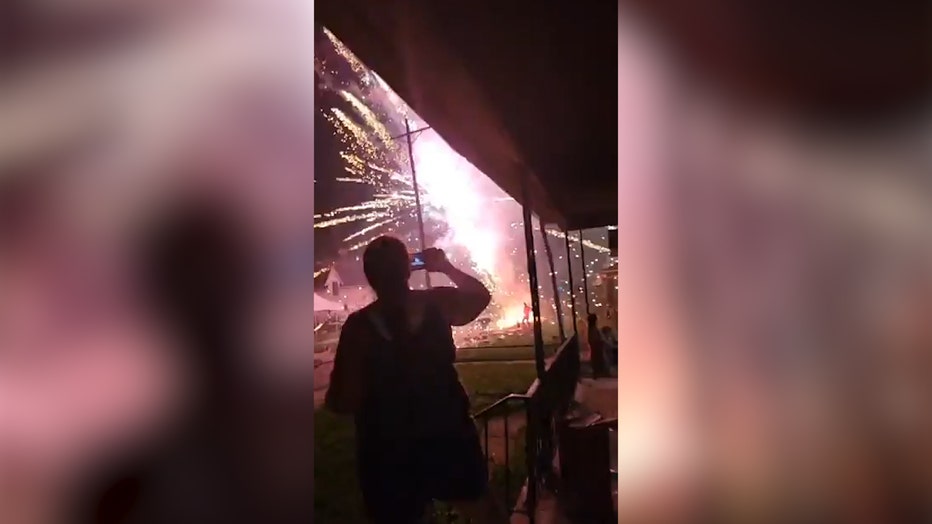 People in the video can be heard yelling "whoa" as fireworks explode nonstop, causing a chaotic scene. Several people ran to find shelter as the explosions became more intense.

Sparks and smoke engulfed the truck as one of the spectators continued to record the explosions.

Further into the video, as the fireworks appear to die down, residents can be heard yelling "fire" as one of the homes on the street closest to the fireworks had a small fire spark in front of the porch.

Fire crews arrived at the scene as residents watched nearby.

Four people were injured in the incident, according to local news media, but none of the injuries were life-threatening.