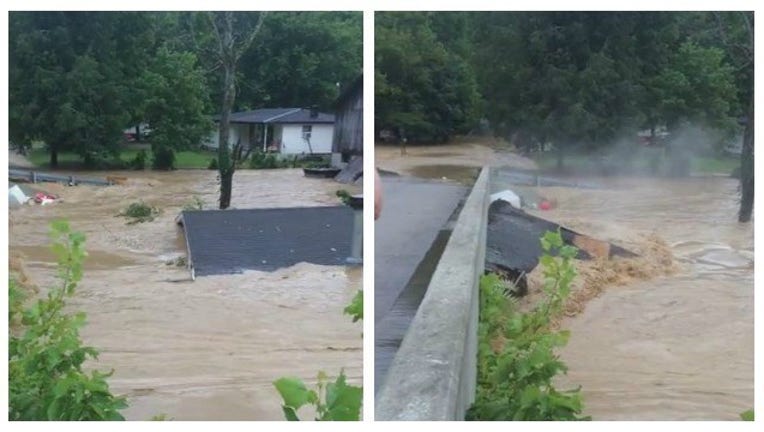 Flash flooding devastated parts of Johnson County, Kentucky, on July 13. Early reports said one person was confirmed dead and several others missing. The Flat Gap community was hit worst, with 40 to 50 homes destroyed. Footage shows a house crumbling as it is washed under a bridge in the rushing flood waters.