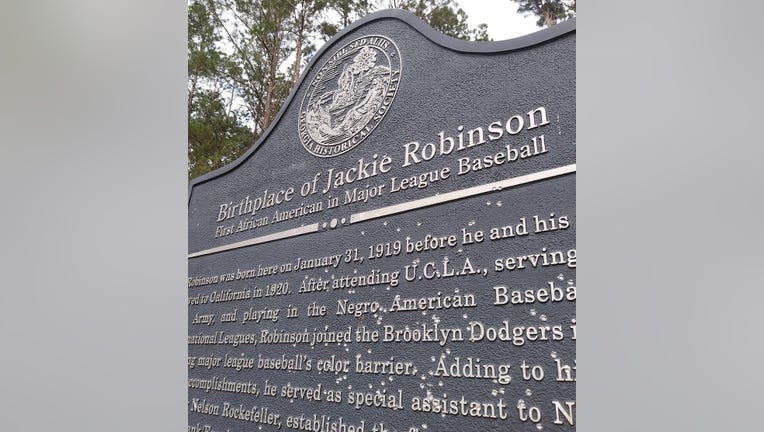 The Georgia Historical Society, a not-for-profit institution that administrates the state's historic markers, says the vandals targeted a marker highlighting the birthplace of Jackie Robinson, the first Black player in Major League Baseball.

"Jackie Robinson is one of Georgia’s most famous native sons and is justly lauded not only for breaking baseball’s color barrier, opening the door for others like Henry Aaron to follow, but also for his civil rights activism beyond the baseball field," said Dr. W. Todd Groce, the president and CEO of the Georgia Historical Society.

According to officials, the marker was hit multiple times by gunfire at its location by the Jackie Robinson Cairo Memorial Insititute in Grady County.

The group says that there has been a troubling uptick in vandalism toward the markers, especially the ones on the Georgia Civil Rights Trail.

Previously, a marker remembering 21-year-old Mary Turner, who was killed and mutilated by a local mob after denouncing her husband's lynching in 1918, was vandalized in Lowndes County. Another marker for Flat Rock African Methodist Episcopal Church, believed to be the oldest African-American congregation in Fayette County, had been defaced as well.

"I was distressed to learn about the desecration of the Jackie Robinson marker, just as I was saddened last summer when I learned about the repeated vandalism of the marker recognizing the lynching of Mary Turner," said GHS Board member Erroll B. Davis Jr. "Jackie Robinson was a pioneer in the integration of Major League Baseball and someone whose accomplishments should bring pride to all Americans. This is a shameful act of vandalism that unfortunately has been carried out against several other markers that commemorate Civil Rights figures, in Georgia and beyond." 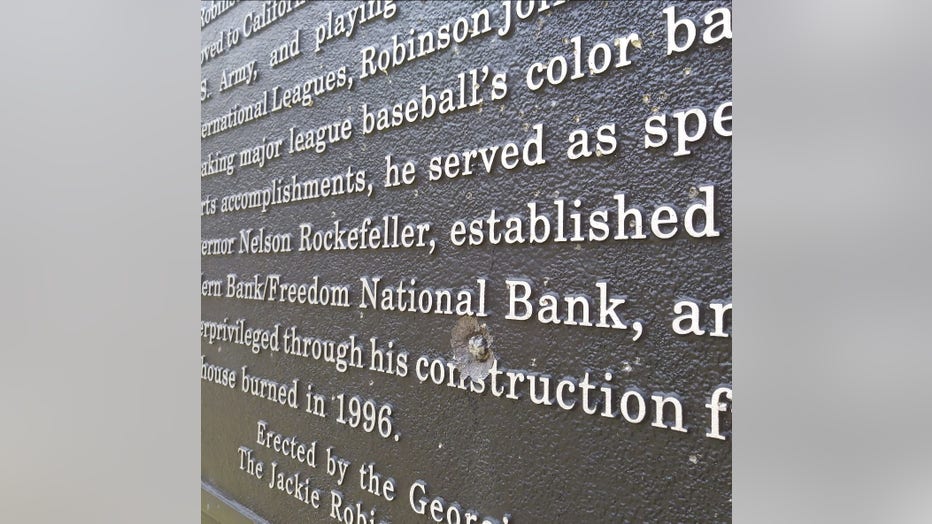 A police report has been filed regarding the vandalism. If you know anything that can help identify the vandals, please contact local law enforcement.

The Georgia Historical Society has erected almost 300 historical markers throughout the state since 1998.