There are three factors that could lead to inflation which include demand-pull inflation, cost-push inflation and built-in inflation.

REHOBOTH BEACH, Del. (AP) - Treasury Secretary Janet Yellen said Sunday that she expects the U.S. economy to slow in the months ahead, but that a recession is not inevitable.

Yellen offered a dose of optimism even as economists grow increasingly worried about a recession fueled by skyrocketing inflation and the Russian invasion of Ukraine.

She also expressed an openness, during an interview on ABC's "This Week," to a federal gas tax holiday to help give motorists some relief at the pump. Several lawmakers have floated the idea as the average price of gasoline hovers around $5 per gallon; the tax is 18.4 cents per gallon.

"That’s an idea that’s certainly worth considering," Yellen said when asked if the administration is weighing it. She added that President Joe Biden wants "to do anything he possibly can to help consumers." And Energy Secretary Jennifer Granholm said "it's one of the tools," but told CNN's "State of the Union" that "part of the challenge with the gas tax, of course, is that it funds the roads."

Yellen said overall consumer spending in the United States remains strong, while noting that spending patterns are changing, given the impact of rising food and energy prices. Yellen said household savings during the coronavirus pandemic will help sustain spending. 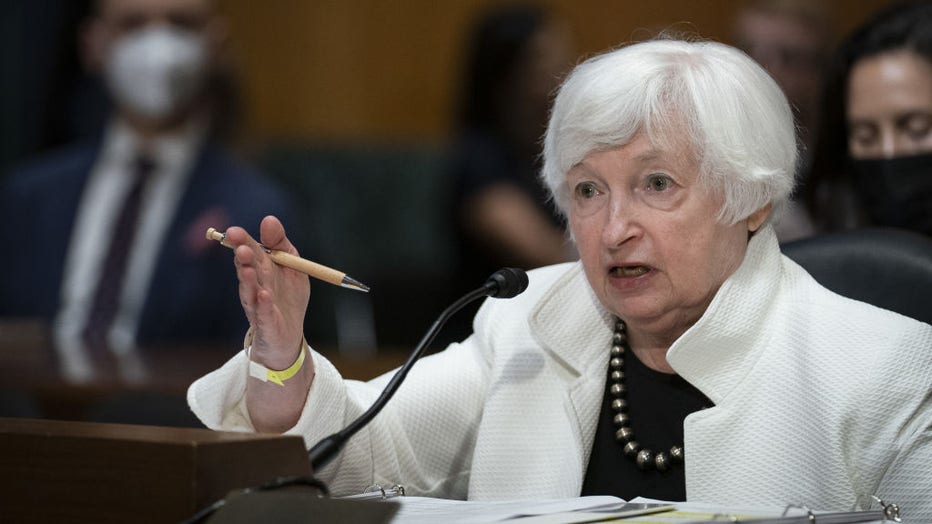 A file photo of Janet Yellen, US Treasury secretary, speaking during a Senate Finance Committee hearing in Washington, D.C., US, on Tuesday, June 7, 2022. (Photographer: Sarah Silbiger/Bloomberg via Getty Images)

RELATED: Janet Yellen responds to Cardi B’s recession prediction: ‘I don’t have that much time for her’

"I expect the economy to slow," Yellen said. "It’s been growing at a very rapid rate and the economy has recovered and we have achieved full employment. We expect a transition to steady and stable growth, but I don’t think a recession is at all inevitable."

Yellen echoed Biden's optimism in the face of economic headwinds. Biden in an interview with The Associated Press last week insisted that a recession is "not inevitable" and made the case that U.S. is "in a stronger position than any nation in the world to overcome this inflation."

Disagreeing with the assessment from Biden and Yellen, former Treasury Secretary Larry Summers told NBC's "Meet the Press" that in his estimation, "the dominant probability would be that by the end of next year we would be seeing a recession in the American economy." 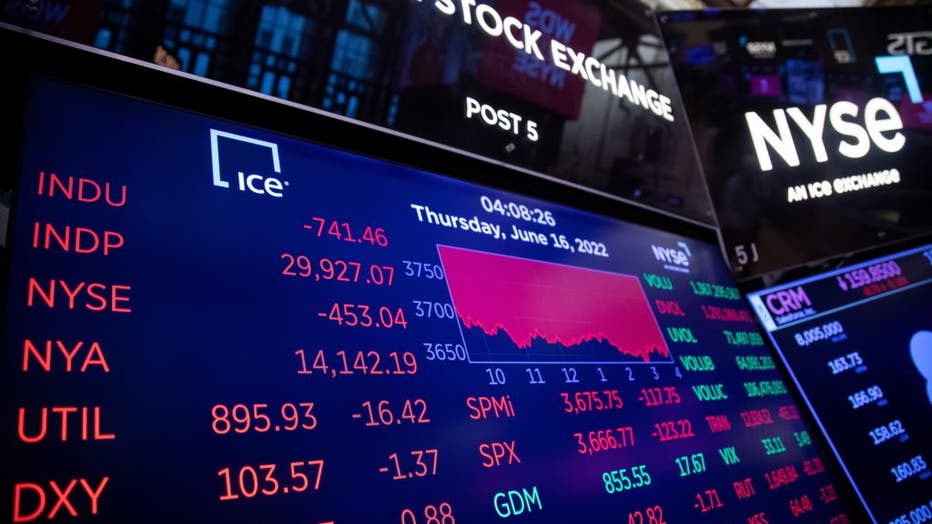 The Federal Reserve on Wednesday approved its largest interest rate increase in more than a quarter-century to stem a surge in inflation. The move raised the target federal funds rate by three-quarters of a percentage point to a range of between 1.5% and 1.75%

The tightening of monetary policy was accompanied by a downgrade to the Fed’s economic outlook, with the economy now seen slowing to a below-trend 1.7% rate of growth this year, unemployment rising to 3.7% by the end of this year and continuing to rise to 4.1% through 2024.

Yellen said it will take "skill and luck" to bring down inflation while maintaining low unemployment.

"I believe it’s possible," she said.