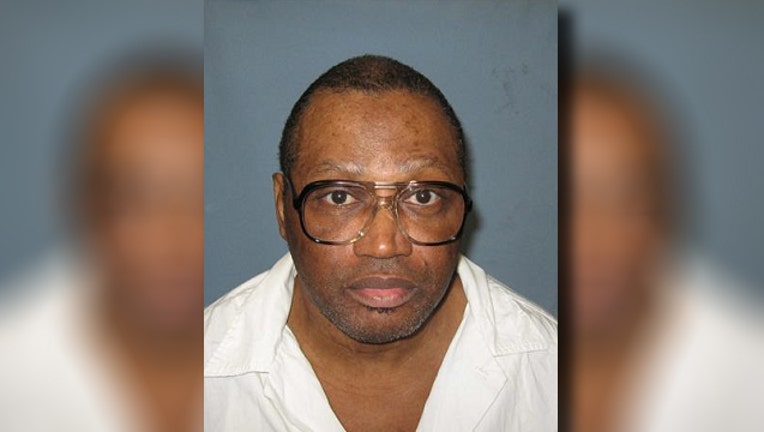 MONTGOMERY, Ala. (AP) — A divided U.S. Supreme Court on Thursday blocked the execution of an Alabama inmate so a lower court can review claims that strokes and dementia have rendered him incompetent to understand his looming death sentence.

The 11th U.S. Circuit Court of Appeals halted the execution just seven hours before Vernon Madison, 65, was scheduled to die at 6 p.m. by lethal injection at a state prison in Atmore.

The Alabama attorney general's office responded with an emergency motion to the U.S. Supreme Court, asking it to let the execution proceed before the death warrant expired at midnight, but a divided 4-4 court on Thursday evening maintained the stay ordered by an appellate court.

Madison was convicted in the 1985 killing of Mobile police Officer Julius Schulte. Schulte had responded to a domestic call involving Madison. Prosecutors said Madison crept up and shot Schulte in the back of the head as he sat in his police car.

Attorneys for the Equal Justice Initiative say that multiple strokes and dementia have left Madison frequently confused and disoriented and unable to understand his pending execution. They said he has an IQ of 72, can no longer walk independently and at one point talked of moving to Florida because he believed he was going to be released from prison.

"Mr. Madison suffers from dementia, has no independent recollection of the offense he was convicted of and consequently does not have a rational understanding of why the State of Alabama is attempting to execute him," attorneys with EJI wrote in the stay request.

The U.S. Supreme Court has ruled, in cases involving inmates with mental illness, that condemned inmates must possess a "rational understanding" that they are about to be executed and why, but left it to lower courts to sort out what that looks like in individual cases.

The court's decision to keep the stay in place split between liberal and conservative justices. The late Justice Antonin Scalia could have been the deciding vote to let the execution proceed.

Lawyers for Alabama argued that a lower court found Madison competent and noted that a federal judge found no reason to overturn that decision.

"The Eleventh Circuit appears to have bought into Madison's incorrect representation of the State court's order as having refused to consider evidence of his stroke-related dementia in finding that Madison had a rational understanding of his impending execution," lawyers for the state wrote.

U.S. District Judge Kristi K. DuBose agreed with a lower court that Madison could be executed. DuBose cited testimony from a court-appointed expert that Madison could answer questions about his case, despite a decline in his health. She also noted Madison's reported response that, "my lawyers are supposed to be handling that," when the warden came to read him the death warrant.

Madison's attorneys argued to the high court that the execution should be stayed because the competency claim has not yet been reviewed on appeal. They said a "quirk of Alabama law" prohibited them from appealing the lower court's finding.

The appellate court said it will hear oral arguments in Madison's competency in June.

Madison's attorneys on Thursday had also sought a stay from the U.S. Supreme Court, arguing Alabama's sentencing method is similar to one struck down in Florida. The jury in Madison's third trial made an 8-4 recommendation of life in prison, but the trial judge sentenced him to the death penalty. Madison's first two convictions were overturned.

One other inmate in Alabama has been put to death this year after a lull of more than two years because of difficulty obtaining lethal injection drugs and litigation over the death penalty.

Christopher Eugene Brooks was executed in January for the 1992 rape and beating death of 23-year-old Jo Deann Campbell.