Some legal experts have said the government may not have the legal authority to require that it be returned.

More than 130 million so-called economic impact payments were sent to taxpayers as part of the $2.4 trillion coronavirus relief package enacted in March. The Government Accountability Office, Congress' auditing arm, cited the number of erroneous payments to deceased taxpayers in its report on the government programs.

While the government has asked survivors to return the money, it's not clear they have to. 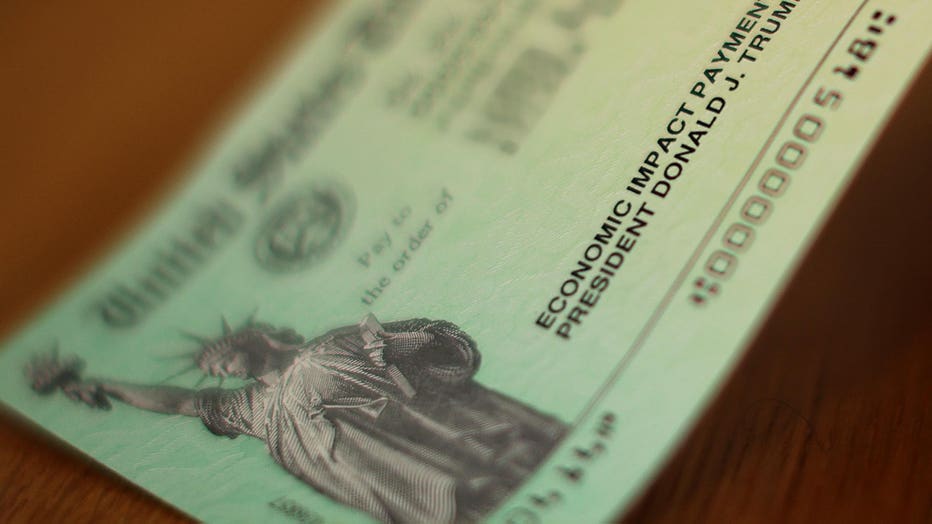 President Donald Trump's name appears on the coronavirus economic assistance checks that were sent to citizens across the country April 29, 2020 in Washington, D.C. (Photo by Chip Somodevilla/Getty Images)

The errors occurred mainly because of a lag in reporting data on who is deceased — a lapse that tax experts say is almost inevitable.

The revelation of more than $1 billion in taxpayer funds erroneously paid out shines a light on the part of the government's massive relief program with which most ordinary Americans are most familiar. It follows disclosures that several major restaurant chains and other publicly traded companies had received emergency loans under the $670 billion program for the nation's struggling small businesses.

“GAO found that more than $1 trillion in taxpayer funds have already been obligated — including more than $1 billion to deceased individuals — with little transparency into how that money is being spent," Rep. Carolyn Maloney, D-N.Y., chair of the House Committee on Oversight and Reform, said in a statement.

The IRS didn't use death records to prevent payments to deceased individuals for the first three batches of payments because of the legal interpretation the agency was operating under, the GAO report says.

The IRS asked in May for the money back from the deceased taxpayers' survivors. Some legal experts have said the government may not have the legal authority to require that it be returned.

Former Taxpayer Advocate Nina Olson has said there is nothing in the law prohibiting payments from going to the deceased. Nor is there anything in the law requiring people to return the payments. And she notes that the language used on the IRS website does not say that returning the payments is required by law.

“We are starting from these two soundbites and working backward,” Olson, who now runs the nonprofit Center for Taxpayer Rights, said.

The relief payments were made to taxpayers based on the information filed on their 2019 or 2018 taxes. But it is considered a rebate on 2020 taxes. The government used the previous tax forms to help speed along payments to the public to offset some of the economic devastation from the coronavirus pandemic.

However some people who filed those taxes may no longer be alive. Those payments are sent to an heir or executor of their estate. If the payment is based off a final tax return completed after their death, an economic impact payment check may even denote that the person is deceased next to their name.