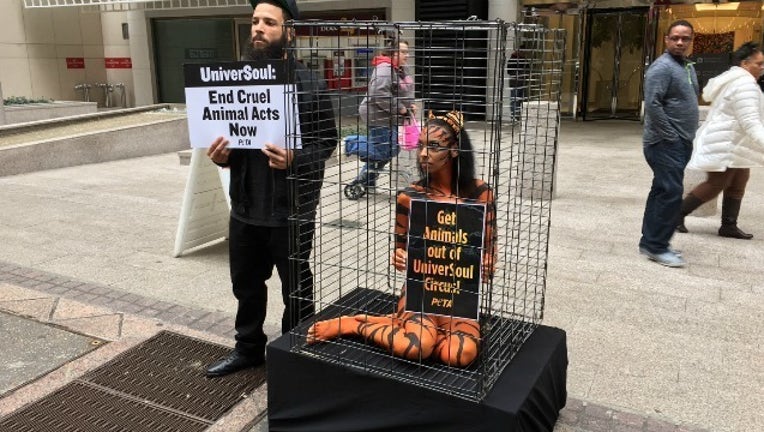 ATLANTA - Animal rights activists protested the UniverSoul Circus on the first day of their tour stop in Atlanta.

A female protestor, donning a tiger costume, sat inside a cage as she held a sign that read, “Get Animals out of UniverSoul Circus!”

The circus will hold several performances at The Green Lot at Turner Field through March 12.

This comes after the news that The Ringling Bros. circus will be closing after 146 years in the business. According to a press release, declining attendance combined with high operating costs, along with changing public tastes and prolonged battles with animal rights groups all contributed to its demise.

RELATED: Ringling Bros. and Barnum and Bailey permanently closing circus in May