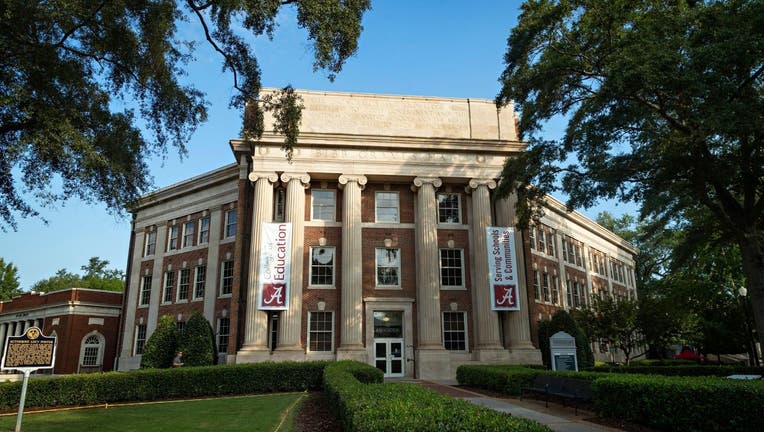 Bibb Graves Hall on the campus of the University of Alabama before a game between the Alabama Crimson Tide and the Texas A&M Aggies at Bryant-Denny Stadium on September 22, 2018 in Tuscaloosa, Alabama. The Crimson Tide defeated the Aggies 45-23.

ALABAMA - The University of Alabama reported Friday that an additional 481 students have tested positive for COVID-19, bringing the total to more than 1,000 infections since students returned to campus for the fall.

The University of Alabama System released new numbers on its dashboard of cases for all three campuses. The additional 481 cases on the Tuscaloosa campus were reported between Aug. 25 and Aug. 27. The university system said no students are hospitalized.

“We are closely monitoring our data daily, and we will continue to adjust operations as the situation warrants,” said UA System Chancellor Finis St. John in a statement accompanying the release of the numbers. He said testing for the virus was a “key pillar” of the university’s health and safety plan.

St. John said every student on the three campuses has the option of moving to fully online instruction at any time, remaining either on campus or returning home to continue their course work.

The university has not announced official fall enrollment figures. Kellee Reinhart, a spokeswoman for the university system, said the enrollment will be upwards of 30,000, which would equate to infections being reported in about 3.3% of all students.

The quick rise in COVID-19 cases on campus prompted action from city and university officials to try to limit student gatherings and off-campus socializing.

The university last week announced a 14-day moratorium on all in-person student events outside classroom instruction. Social gatherings are prohibited on and off campus and the common areas of dormitories and fraternity and sorority houses are closed.

WATCH LIVE ON YOUR MOBILE DEVICE