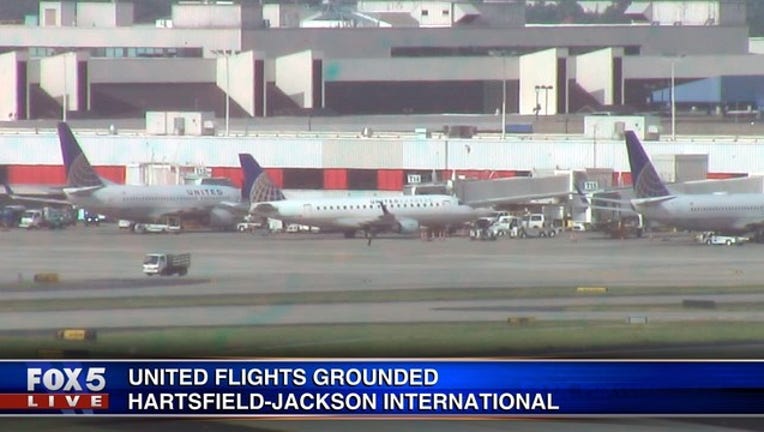 Around midday, spokeswoman Jennifer Dohm said, "We fixed the router issue, which is enabling us to restore normal functions."

United did not immediately say how many flights were affected.

The airline briefly halted all takeoffs in the U.S. on June 2 because of a problem in its flight-dispatching system. United said then that about 150 flights were affected.

United also struggled through a series of computer outages in 2012 after switching to the passenger-information system of Continental Airlines after that carrier merged with United. Those outages caused hundreds of flights to be delayed. High-paying business travelers were outraged; United CEO Jeff Smisek apologized for failing to provide good customer service.

After a 2010 merger, United elected to combine many computer systems and frequent-flier programs all at once. Executives believed that any disruptions would thus be short-lived. By contrast, Delta and Northwest integrated their systems in stages after a 2008 merger, and American Airlines is taking Delta's same go-slow approach now as it absorbs US Airways.

Other airlines, however, have also been hit by computer problems. In April, more than 50 American flights were delayed when a software glitch prevented pilots from seeing some airport maps on their tablet computers.

After Wednesday's problems, United apologized to customers and said they could change travel plans without being charged the usual $200 reservation-change fee. In some cases, the airline said it would also waive any difference in fare for the rescheduled trip.

"We don't know everything behind this morning's issues yet, but today's incident underscores the sense that something is very wrong at United," said Gary Leff, co-founder of frequent-flier website MilePoint.

Koenig reported from Dallas. Michelle Chapman in New York, Matt Small in San Francisco and Joan Lowy in Washington contributed to this report.