Researchers are having trouble explaining how to identify the number of flickering lights that have been observed over the past several decades.

LOS ANGELES (FOXNews) - If the truth is out there, it might be one we can't yet explain.

Researchers are having trouble explaining how to identify the number of flickering lights that have been observed over the past several decades. A new study published in the Astronomical Journal suggested they could be from a technologically advanced civilization using "interstellar communication lasers."

“The implications of finding such objects extend from traditional astrophysics fields to the more exotic searches for evidence of technologically advanced civilizations,” the authors wrote in the study's abstract.

However, the most likely cause is from some unexplained natural source, perhaps a vanishing star.

"Finding an actually vanishing star -- or a star that appears out of nowhere! -- would be a precious discovery and certainly would include new astrophysics beyond the one we know of today," said project leader Beatriz Villarroel in a statement. 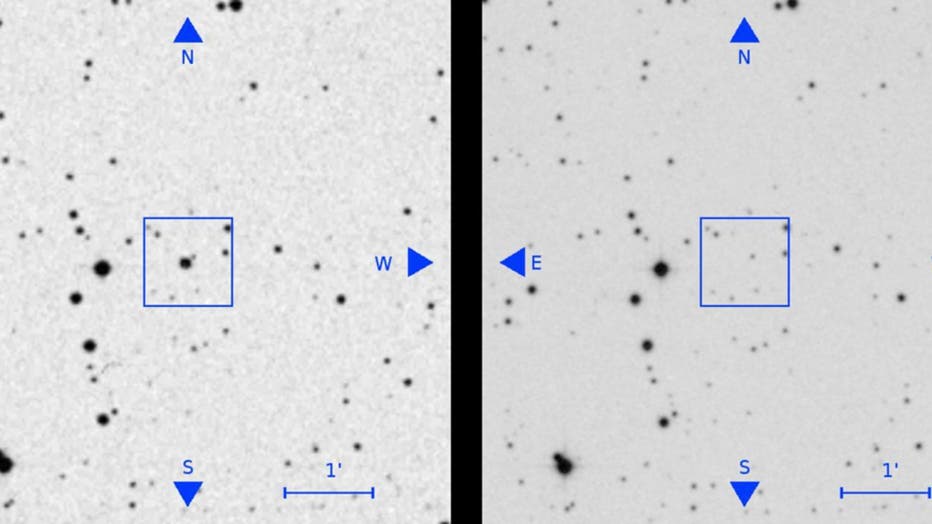 "But we are clear that none of these events have shown any direct signs of being ETI," the study's co-author, Martin López Corredoira, added. "We believe that they are natural, if somewhat extreme, astrophysical sources."

These vanishing objects are known as "red transients" and Beatriz Villarroel said there have been more than 100 of these disappearing stars discovered. In total, there are 150,000 examples of these unexplained lights that have been discovered over the past several decades.

If the objects are a “failed supernovae,” (when a star implodes into a black hole) or signs of a technologically advanced civilization, researchers need more help with the project, known as Vanishing and Appearing Sources during a Century of Observations (VASCO), as just 15 percent of these objects have been "thoroughly investigated," according to the New York Post.

The researchers are hoping the scientific community will be able to help them explain these phenomena.

"We hope to get help from the community to look through the images as a part of a citizen science project," said one of the study's co-authors, Lars Mattsson. "We are looking at ways to do that right now and that will be something we will be able to talk more about at a later date."