The announcement comes as the government faces criticism for not being transparent in disclosing cases, The New York Times reported.

Officials said the patients came from a remote part of Inner Mongolia in Northern China. The Chinese Center for Disease Control and Prevention advised Beijing residents that the risk of contracting that disease is “extremely low,” according to The Times. 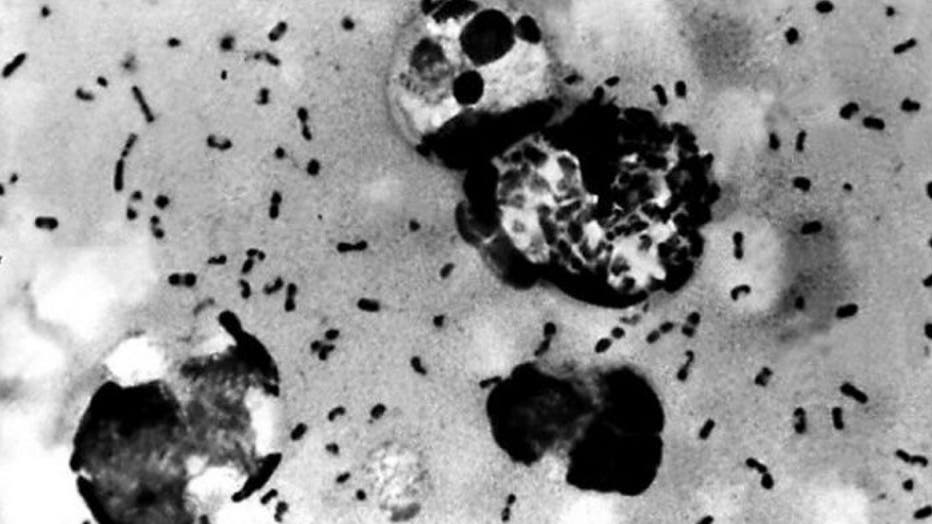 Bubonic plague bacteria from a patient in a photo obtained in January 2003 from the Centers for Disease Control and Prevention (CDC). (CDC/AFP/File)

The patients were isolated and the places they came into contact with were disinfected.

The pneumonic plague is one of three strains, including the septicemic and the bubonic plague, infamous for killing tens of millions of Europeans in the Middle Ages.

Symptoms of pneumonic plague include fever, cough, chest pain trouble breathing and bloody sputum (phlegm), according to the Centers for Disease Control and Prevention.

The plague is usually contracted after being bitten by a rodent flea carrying the Yersinia pestis bacterium or by handling an infected animal, according to the CDC.

The CDC says with prompt care the disease can be effectively treated. Otherwise, it can be fatal.

Between 2010 and 2015, 3,248 cases were reported globally and 584 patients died from the disease, according to the World Health Organization.

Last May, a couple in Mongolia died of bubonic plague after eating the raw kidney of a marmot.

Dr. Li Jifeng at Beijing Chaoyang Hospital, in the district where the patients sought treatment, said they came to the hospital on Nov. 3 but officials have not confirmed the claim, The Times reported.

Dr. Li wrote on WeChat that she treated a middle-aged man who had a persistent fever and cough, which his wife had also contracted.

“I couldn’t guess what pathogen caused this pneumonia. I only knew it was rare,” she wrote.

Six patients have died from plague in China since 2014, according to the country's health commission, The Times reported.