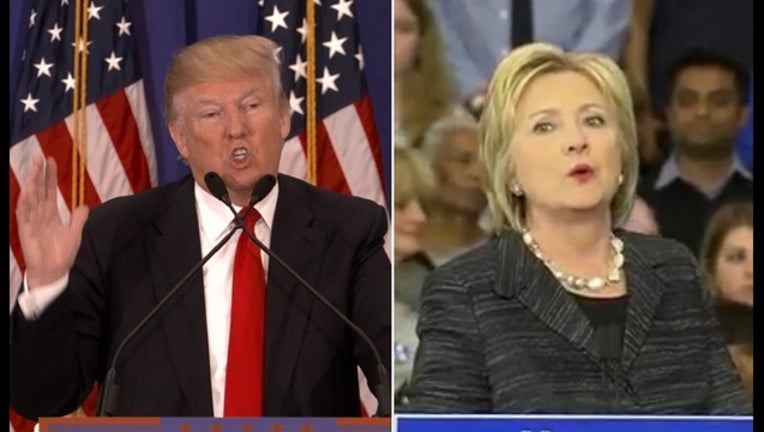 These are not fringe opinions. They are widespread views across the nation's bitter political divide. That means that on Nov. 9, the morning after Election Day, tens of millions of Americans will awaken to the realization that someone they loathe will be the 45th president of the United States.

The dynamics of the race, more ominous than the usual rough-and-tumble of politics, leave many Republicans and Democrats worried that many voters will be unwilling to accept the outcome. That could weaken the new president from the very first day in office. Intense, sustained opposition diminishes a president's political capital and emboldens opposition lawmakers who have to answer to their own supporters.

"Politics has never been genteel ... but generally both parties and their leaders have recognized the legitimacy of the process, and that seems to be fraying," said Republican Steve Schmidt, top strategist for Arizona Sen. John McCain's 2008 presidential campaign.

The GOP mood was on display at their national convention, where delegates in Cleveland erupted daily into chants of "Lock her up! Lock her up!" — a reference to Clinton's use of a private email server while secretary of state. Clinton was investigated, but not charged.

Clinton's campaign answered with fundraising pitches, telling would-be donors: "We have to stop him." There promises to be plenty of Trump bashing when Democrats convene their convention Monday in Philadelphia.

It's not that the United States hasn't had divisive elections before.

The 2000 race between Republican George W. Bush and Democrat Al Gore resulted in a prolonged recount of Florida's votes and ended with a 5-4 Supreme Court ruling that put Bush in the White House.

Chris Lehane, who managed Gore's bid, said as bitter as that was, "it's even more partisan now."

Lehane recalled being on Capitol Hill, preparing for a news conference, when the court issued its ruling that ended Gore's presidential hopes. "I remember I had one of the first Blackberries, and the first message I got (after the decision) was from Gore: 'Do not trash the Supreme Court,'" Lehane said. "He knew how he reacted mattered" for Bush.

Trump has shown a willingness to question election results. He warred with national GOP leaders during his own primary season, and he asserted anew Thursday that Clinton's Democratic victory came only as the result of a "rigged system." As a private citizen, he questioned the legitimacy of Barack Obama's presidency, falsely charging that Obama was not a natural-born citizen and thus ineligible to serve.

Each candidate has declared the other unqualified for the presidency. Trump talks of "crooked Hillary" and says she's a "puppet" of special interests. Clinton calls Trump "temperamentally unfit" for the Oval Office.

Schmidt, the former McCain strategist, noted "half the country is going to be unhappy" after any presidential election. This year, he said, all signs suggest "a very unhealthy number of that half that's unhappy will also not regard the legitimately elected president of the United State as legitimate."

Neither campaign responded to an Associated Press inquiry asking whether the candidates would commit now to an unequivocal concession upon defeat. And there's no guarantee voters would follow their chosen candidate's lead.

"I could never accept Hillary Clinton as president," said Terry Hardaman, a 38-year-old Republican in Roswell, Georgia. Hardaman got emotional as he noted Clinton's email controversy. "I'm a Marine. Two tours in Iraq. I lost friends there. If any of us had done what she did," he said, his voice trailing off. "And now she wants to be commander in chief?"

Yet in Atlanta, 91-year-old Democrat Howard King compared the national mood and Trump's candidacy, which he described as racially divisive, to the twilight of the Roman Empire. "You read that history, Rome wasn't conquered from the outside," King said. "It fell from within." Asked to contemplate a Trump administration, King laughed. "Donald Trump is a fool," he said. "I can't see him as 'our president.'"

The next president could run into trouble from an unlikely source — the winning party, adding one more impediment to a governing mandate.

Trump has yet to secure the endorsement of his closest primary rival, Texas Sen. Ted Cruz, and establishment Republicans remain uneasy about their nominee.

Clinton has earned the support of challenger Bernie Sanders, but many of his liberal backers aren't following along. One of them, activist and professor Cornel West, described a nation "in deep crisis" because of social, economic and political discord that a "thoroughly narcissistic Republican like Donald Trump" and a "thoroughly opportunistic politician like Hillary Clinton" cannot assuage.

Nonetheless, Schmidt and Lehane both said the tension of the campaign makes it that much harder, but also more important for the loser to concede graciously. They said that's the first step in the "peaceful transfer of power" seen on Inauguration Day.