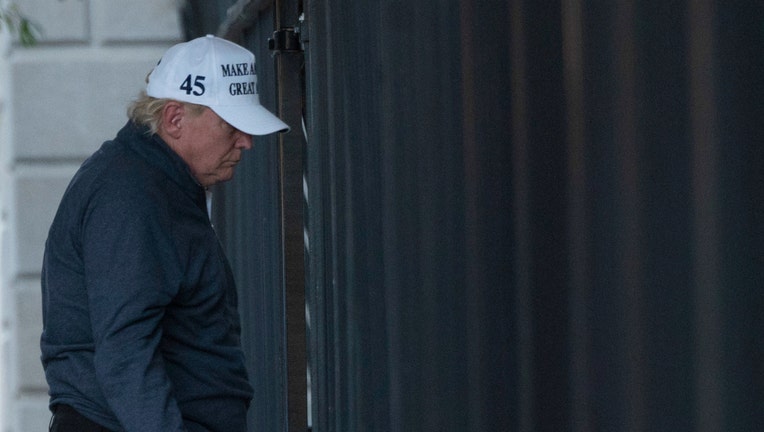 President Donald Trump returns to the White House from playing golf in Washington, DC on November 7, 2020, after Joe Biden was declared the winner of the 2020 presidential election.

WASHINGTON, D.C. - President Donald Trump has returned to the White House and a very different Washington, D.C., after losing his reelection bid.

Trump's motorcade returned from his golf club in Virginia via roads largely cleared of other cars and people Saturday afternoon.

But as he approached the White House, he was welcomed home with boos and raised middle fingers.

Chants of "Loser, loser, loser" and profanities were also heard as his motorcade drove by. Trump has so far refused to concede to President-elect Joe Biden and is promising legal challenges.

He is the first president to lose reelection since George H.W. Bush in 1992.