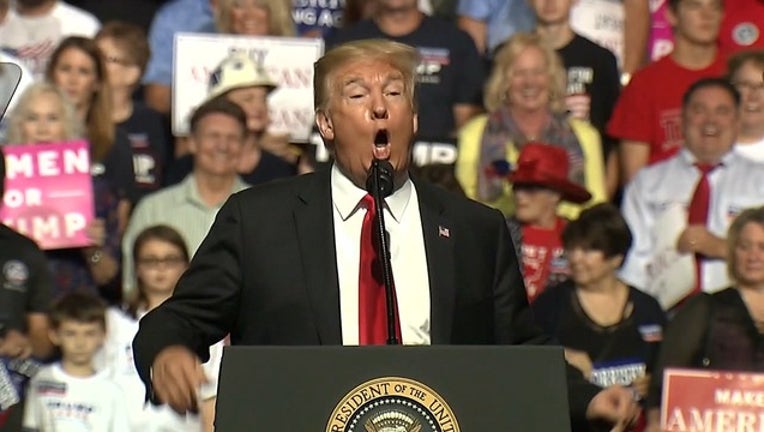 Trump tweeted Friday about the women flooding Capitol Hill to oppose Kavanaugh. Trump described the women as "rude elevator screamers" and said they have "professionally made identical signs."

The Senate will take a crucial vote Friday on whether to move Kavanaugh's nomination forward. The nominee has denied allegations of sexual misconduct from high school and college.

Senators have been confronted by protesters, some of whom who are members or paid staffers for activist groups.

Hatch waved and told them to "grow up" as he entered an elevator.

There has been no evidence presented that the women in the elevator were paid.