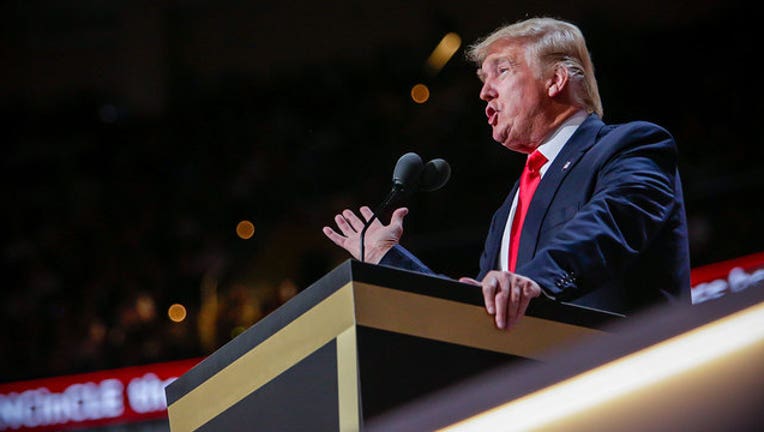 HONOLULU (AP) - President Donald Trump's administration on Thursday appealed the latest court ruling against his revised travel ban to the same court that refused to reinstate the original version.

Watson's decision came after the Department of Justice argued for a narrower ruling covering only the ban on new visas for people from six Muslim-majority countries. The department urged the judge to allow a freeze on the U.S. refugee program to go forward.

Government attorney Chad Readler said halting the flow of refugees had no effect on Hawaii and the state has not shown how it is harmed by the ban. Watson disagreed.

The administration says the executive order falls within the president's power to protect national security and will ultimately succeed, while Hawaii Attorney General Douglas Chin likened the revised ban to a neon sign flashing "Muslim ban" that the government hasn't turned off.

Here's a look at Watson's ruling and what comes next:

Watson said Hawaii has shown that the ban will harm the state's universities and tourism industry as well as the imam of a Honolulu mosque, who joined the lawsuit. Ismail Elshikh said the ban would prevent his Syrian mother-in-law from visiting family in the U.S.

"These injuries have already occurred and will continue to occur if the executive order is implemented and enforced; the injuries are neither contingent nor speculative," the judge wrote.

Chin told The Associated Press on Thursday that a notable part of the ruling was that the court took into account 20 to 25 statements made by Trump as a candidate and as president and by his surrogates.

"The court will not crawl into a corner, pull the shutters closed, and pretend it has not seen what it has," Watson wrote.

The Department of Justice said it strongly disagrees with the ruling.

WHAT'S NEXT FOR HAWAII'S LAWSUIT?

The judge said his ruling will stay in place until he orders otherwise and won't be suspended for an appeal.

The administration said in court documents that the appeal also applies to Watson's previous temporary block of the travel ban.

"The president's executive order falls squarely within his lawful authority in seeking to protect our nation's security, and the department will continue to defend this executive order in the courts," the Justice Department said in a statement.

HOW THE WHITE HOUSE REACTED

Watson's indefinite hold is "just the latest step that will allow the administration to appeal," Spicer said.

CAN A DIFFERENT CASE AFFECT THE HAWAII RULING?

The president already is appealing a separate case in Maryland. A judge there blocked the six-nation travel ban but said it wasn't clear that the suspension of the refugee program was similarly motivated by religious bias.

The administration wants the 4th U.S. Circuit Court of Appeals to put that ruling on hold while it considers the case. The Richmond, Virginia-based court will hear arguments May 8.

If the court sides with Trump, it would not have a direct effect on the Hawaii ruling, legal experts said.

"What a ruling in 4th Circuit in favor of the administration would do is create a split in authority between federal courts in different parts of the country," said Richard Primus, a professor of constitutional law at the University of Michigan law school. "Cases with splits in authority are cases the U.S. Supreme Court exists to resolve."