Hundreds of downed trees across Georgia in Zeta's wake.

In Cobb County, officials said they had reports of more than 400 trees down. More than a hundred of those did some degree of damage to homes. Angelina Gee's house was one of them.

The tree fell through the bedroom where her daughter was sleeping. When Gee went to check on her, the girl was covered in branches and limbs. 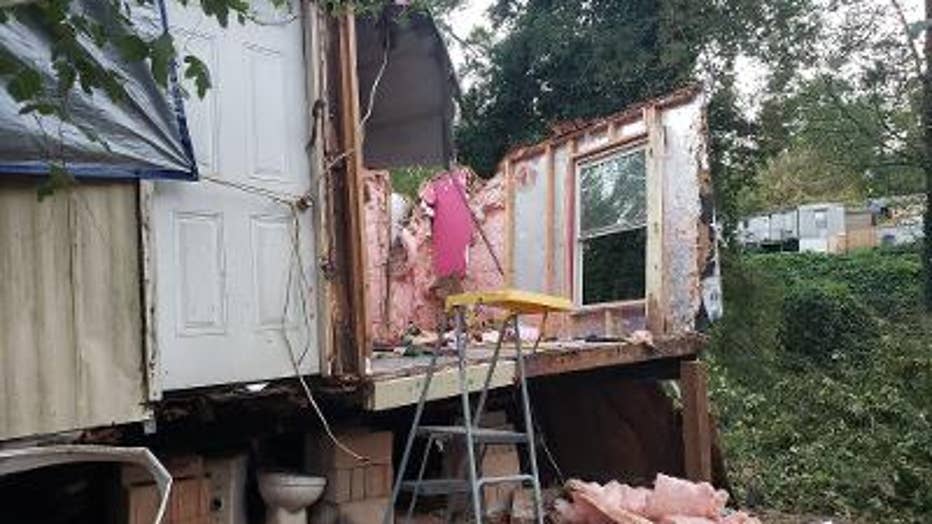 "When she started screaming again and moving her hand, that's when I was able to get all the debris off her and pull her up from under the rest of debris," said Gee.

Just a few miles away, four homes were damaged at a mobile home park on Atlanta Street.   Ernestina Castellanos' daughters were asleep when a tree when through their bedroom.

"When we came running to check the girls, all the roof and ceiling was on top of the bed, the girls were under it.  We had to try to pull the ceiling up to take them out. Our neighbors came and helped," said Castellanos.  The children were shaken up but were not physically hurt. 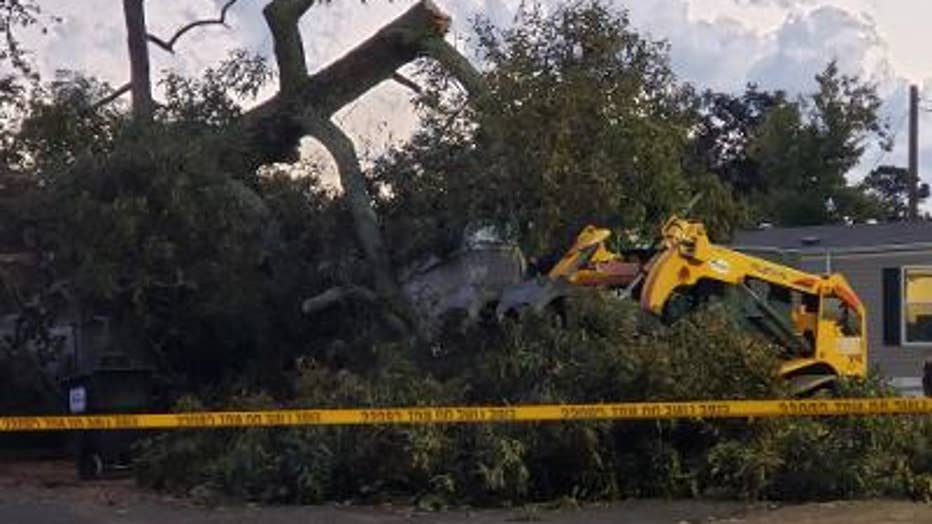 The Glasl family in Marietta spent the day cleaning up. A neighbor's tree fell into their yard, but another tree stopped its fall. About the same time a tree in the Glasl's backyard fell into another neighbor's property, smashing part of their fence and catching the corner of their home.

"Somebody actually sleeps right there, so a couple of feet over it could have been catastrophic," said Mark Glasl. 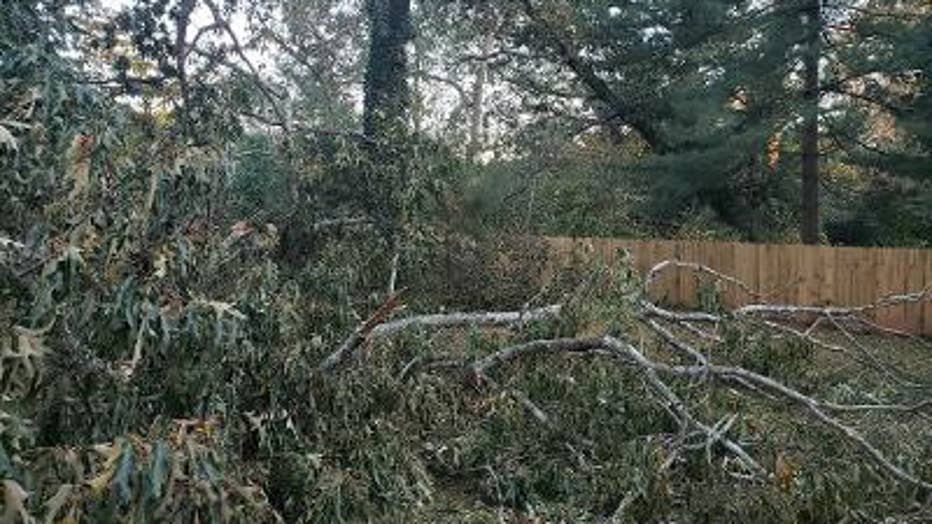 While homeowners and crews worked all day and well into the night, some roads were still blocked by trees across north Georgia. To make matters worse, a wind advisory Thursday night could send more trees toppling down.