CHEROKEE COUNTY, Ga. - A Georgia State Patrol trooper and a suspect fleeing a traffic stop were involved in a rollover crash along Interstate 575 in Cherokee County late Monday evening, the GSP confirmed.

It happened just after 9 p.m. in the southbound lanes of I-575 just north of Towne Lake Parkway. That is where trooper said Trooper Jonathan Salcedo performed a P.I.T. maneuver to end the chase. Both the trooper and the 1997 GMC Yukon overturned.

The driver of the Yukon was taken to the hospital. Their condition was not immediately known.

Trooper Salcedo was checked out at the scene but did not report any immediate injuries. 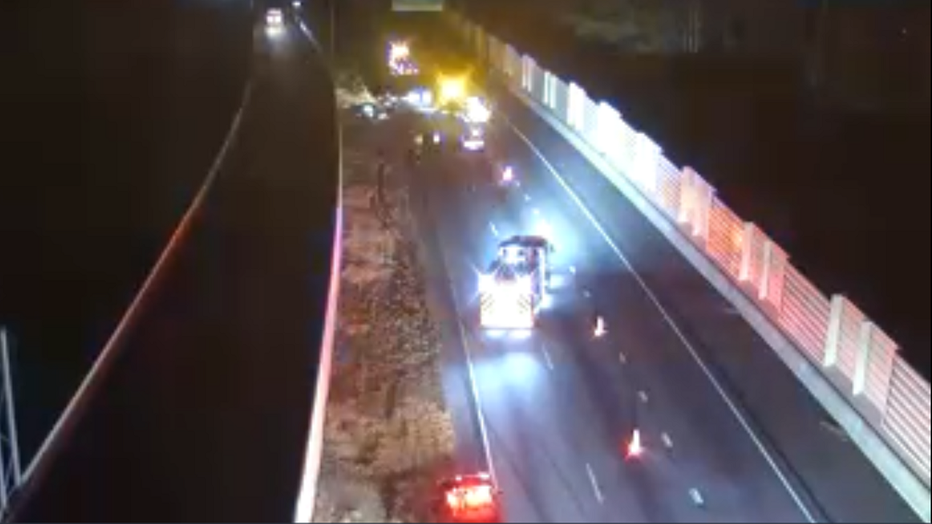 Traffic in the area was at a dead stop for at least an hour following the end of the chase.

It was not immediately clear why the trooper was pulling over the vehicle.

The suspect has not yet been identified.