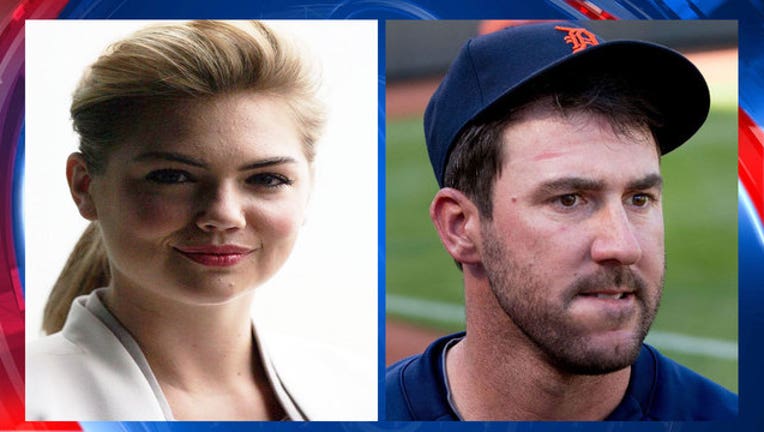 (WJBK) - The Detroit Tigers ace and one of the world's most famous models are engaged.

TMZ is reporting that Detroit Tigers ace Justin Verlander and model Kate Upton are engaged after three years of dating.

Upton reportedly showed off a massive engagement ring at the Met Gala in New York City.

Upton, 23, was born in St. Joseph, Michigan and has starred in movies like "Tower Heist" and "The Other Woman." She has modeled for the Sports illustrated Swimsuit issue and Guess.

Verlander, 33, is in his 12th season with the Tigers and is a six-time all-star. He won the American League MVP and Cy Young awards in 2011.

No matter how big her ring is, he likely can afford it. Under his current $180 million contract, Verlander earns $28 million per season until 2019 and could vest a $22 million option for 2020 if he finishes in the top five in Cy Young voting in 2019, according to MLB.com.

The power couple made headlines for all the wrong reasons after an infamous celebrity phone hack in 2014.