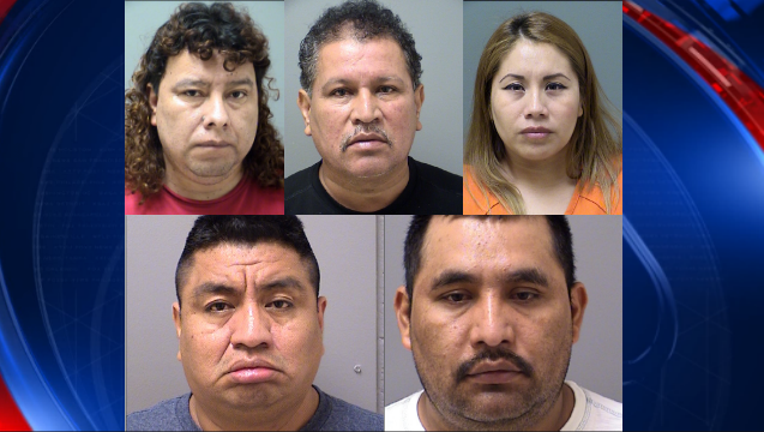 CANTON, Ga. - Five people have been arrested on charges related to running a prostitution ring in the Canton area.

In a news release, officials said a tip led to a month-long investigation by five agencies that revealed Roca-Lara owned a prostitution house on Archer Street and was running it alongside Velazquez and Flores.

After executing a search warrant, authorities arrested Flores at the home. Tercer, a local cab driver, was also charged in the operation, the statement said.

This investigation was handled by the Cherokee Multi-Agency Narcotics Squad, Georgia Bureau of Investigation, United States Department of Homeland Security and the Canton Police Department.