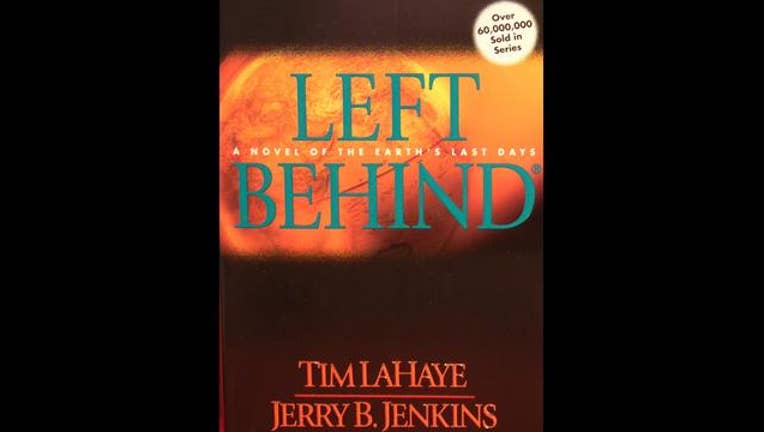 The Rev. Tim LaHaye, co-author of the "Left Behind" series, a multimillion-selling literary juggernaut that brought end-times prophecy into mainstream bookstores, died Monday. He was 90.

LaHaye died in a San Diego, California, hospital, days after having suffered a stroke, according to his publicist Johnnie Moore.

Co-authored with Jerry B. Jenkins, the 16-volume "Left Behind" series of novels published by Tyndale House Publishers sold more than 80 million copies worldwide, Moore said, and popularized a Bible interpretation that said born-again Christians will be instantly taken to God in the Rapture, while those left behind on earth endure seven years of tribulation.

LaHaye was a key figure in conservative political groups, encouraging the Rev. Jerry Falwell to create the Moral Majority, forming the Council for National Policy, a secretive strategy group for prominent political and religious conservatives, and, along with his wife, Beverly, starting Concerned Women for America in 1979, as an alternative to liberal feminist organizations.

He was also a prolific nonfiction writer, writing more than 60 additional books, including the Christian sex manual "The Act of Marriage" and "The Battle for the Mind," whose denunciations of secularism helped rouse the religious right.

Born in 1926, LaHaye had a hardscrabble upbringing in Detroit, served in the Air Force at the end of World War II and graduated from Bob Jones University in Greenville, S.C., where he met his wife. He earned a midcareer doctorate at Western Seminary in Portland, Ore., and joined the Southern Baptist Convention.

After leading churches in South Carolina and Minnesota, he moved to Southern California, and for a quarter-century led a thriving congregation that eventually became Shadow Mountain Community Church. After 1981, he devoted himself to writing, promoting his view of Bible prophecy, family life seminars and political activism.

Some fellow conservative Christians pushed back against LaHaye's end-times views, known as premillennial dispensationalism, emphasizing that the books were fictional and should not be read as an exact theological interpretation of the Bible. Still, his books strongly shaped evangelical views of Jesus' Second Coming and popularized the ideas to the broader public. Jenkins called LaHaye a "spiritual giant."

LaHaye extended his influence by founding Christian high schools, San Diego Christian College, known formerly as Christian Heritage College, and a church in the Atlanta area, along with helping establish the Institute for Creation Research, which rejects evolution and contends God created the Earth recently in six literal days.

In 1987, LaHaye resigned as a co-chairman of Jack Kemp's Republican presidential campaign after news reports cited his criticisms of Roman Catholicism and Judaism.

LaHaye is survived by his wife, four children and nine grandchildren, among other relatives. No funeral plans were announced.

Some material in this story was written by former AP religion writer Richard N. Ostling.