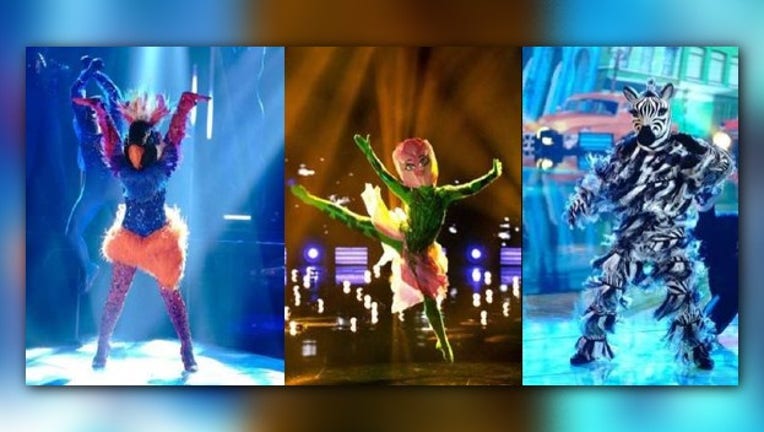 FOX gave viewers their first look at which costumes would be taking the stage when “The Masked Dancer” debuts this December. (Source: FOX)

LOS ANGELES - You may be able to recognize your favorite masked celebrity’s singing voice, but can you decipher their identity by their dance moves?

You’ll get a chance to try this December thanks to FOX’s new reality competition, “The Masked Dancer.”

FOX gave viewers a first look at which costumes would be taking the stage when the show premieres next month.

Why wait until spring to smell the flowers? The Tulip will take the stage this winter.

From the animal world, the Sloth, Exotic Bird, Zebra and Cricket are prepared to boogie.

And fresh from the snack menu, Cotton Candy rounds out the cast.

You can catch “The Masked Dancer’s” sister program, “The Masked Singer,” Wednesdays at 8 p.m. ET on FOX.