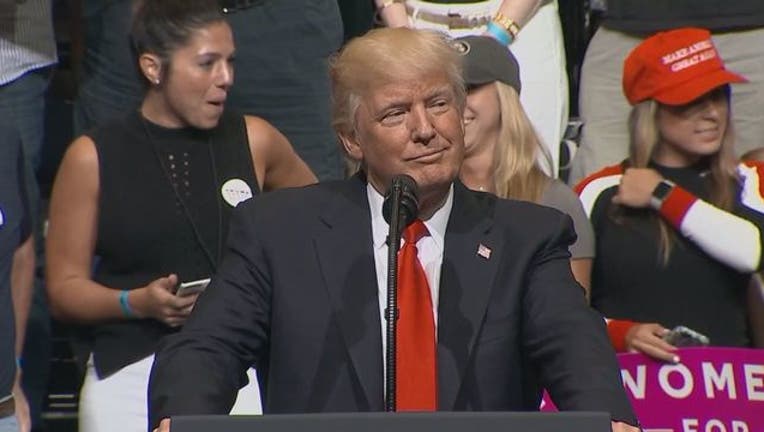 WASHINGTON (AP) - The Latest on the U.S. strategy for Afghanistan:

President Donald Trump plans to address the nation on his strategy for the war in Afghanistan.

The White House says Trump will speak to the country on Monday at 9 p.m. EDT from Fort Myer in Arlington, Virginia.

Trump and his national security team met Friday at the Camp David presidential retreat in Maryland to reach agreement on a strategy.

Trump tweeted over the weekend that he had made a decision. Defense Secretary Jim Mattis, traveling in Afghanstan on Sunday, also said Trump had reached a decision. Mattis declined to discuss specifics before Trump's announcement.

It will be Trump's first formal address to the nation as president, and it follows a period of isolation for Trump following his comments about racial violence in Charlottesville, Virginia.

U.S. Defense Secretary Jim Mattis says he is satisfied with how the administration formulated its new Afghanistan war strategy. But he won't discuss what's in it.

In remarks to reporters traveling with him to the Middle East, Mattis said he would not talk about the new policy until it is disclosed by President Donald Trump.

But he said the deliberations, including talks at the Camp David presidential retreat on Friday, were done properly. He called the process rigorous and inclusive.

Months ago, Trump gave Mattis authority to set U.S. troop levels in Afghanistan, but Mattis said he has not yet sent significant additional numbers. He has said he would wait for Trump to set the strategic direction first.