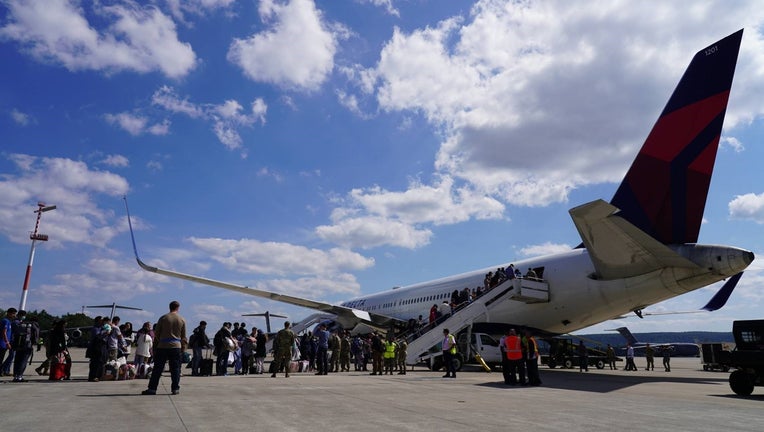 ATLANTA - Delta Air Lines sent three planes this week to Afghanistan in response to the Department of Defense calling up the Civil Reserve Air Fleet to help evacuate Afghans and U.S. personnel as Taliban forces recapture the country.

The Atlanta-based airline posted about the experience on its Facebook page on Friday.

"That’s all they have, that they left their country with," flight Captain Joe M. later recalled thinking as he greeted departing passengers.

The captain recalled being hit by the gravity of the moment.

"Seeing hundreds of men, women and young children boarding with so few bags showed the immediate challenges facing these evacuees," the post reads. "On behalf of the employees working around the clock to make these flights possible, we're humbled to use our time and resources to support those who need it most."

"These people have been through a world of hurt. Our care and compassion will bring love to everyone on board. That’s what’s most important," Flight Attendant Kurt W. summed it up.

Refugees will be brought to temporary locations until their paperwork is completed. They then will be assisted by relief organizations such as Catholic Charities to be provided with housing, food, and clothing to help make a fresh start.

FOX News and FOX Business contributed to this report