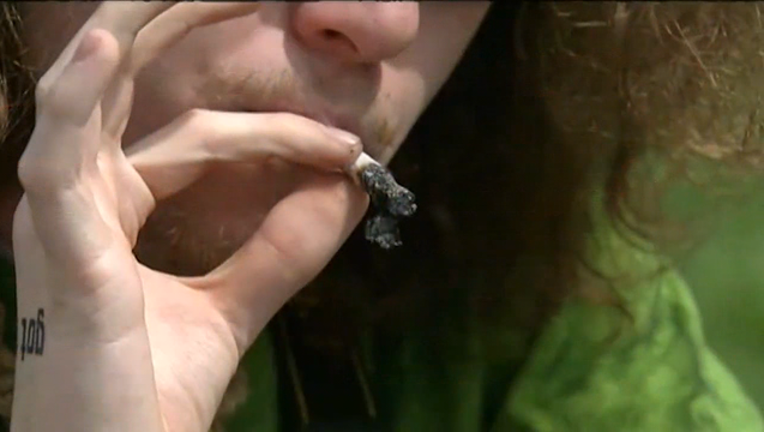 NASHVILLE, Tenn. (AP) - As some states and cities around the nation look to ease criminal punishment for marijuana possession, Tennessee's conservative Republican legislature is blocking that trend in Nashville and Memphis.

As a result, police in those cities could soon lose their option of giving minor citations for carrying small amounts of marijuana.

The ban would fall in line with proposals by the Trump administration to step up enforcement of federal law against recreational marijuana. President Donald Trump won Tennessee soundly.

"I am definitely not a fan of expanded use of marijuana," U.S. Attorney General Jeff Sessions said recently. "But states, they can pass the laws they choose. I would just say, it does remain a violation of federal law to distribute marijuana throughout any place in the United States, whether a state legalizes it or not."

Eight states and the District of Columbia have legalized marijuana for recreational use.

The Justice Department has several options available should it decide to enforce the law, including filing lawsuits on the grounds that state laws regulating pot are unconstitutional because they are pre-empted by federal law.

In recent months, Memphis and Nashville authorized their police officers to issue a civil citation for a $50 fine or community service to someone caught with a half-ounce or less of marijuana. However, police in the two cities have rarely used the option.

Penalties are much stiffer under Tennessee law, which imposes a misdemeanor charge punishable by up to one year in jail and a $2,500 fine on people caught with a half-ounce of marijuana or less.

Memphis City Councilman Berlin Boyd, a Democrat serving in the nonpartisan office, likened state lawmakers to the "bullies in the yard" for pushing legislation to pre-empt city authority.

He said rural lawmakers need to learn the issues that face Tennessee's cities. Getting a criminal marijuana citation can mean some opportunities, including school loans and fair housing, are "gone down the drain," Boyd said.

Supporters of the bill said it will prevent a patchwork of laws defining criminal conduct. They also cited a November opinion from Tennessee's attorney general that said the city marijuana ordinances conflict with state law.

"If we're going to have a criminal law, it ought to be enforced uniformly throughout the state," said Sen. Ken Yager, R-Kingston. "No exceptions."

Memphis has only issued one civil citation since passing its ordinance in October. Memphis police suspended the option after the attorney general opinion was issued.

Nashville police have continued using the civil citation option, despite the opinion.

Nashville Mayor Megan Barry said she understands lawmakers' desire to keep drug laws uniform, but hopes there will be an opportunity for a larger discussion of marijuana laws statewide.

"There is growing bipartisan consensus that we must revisit and reduce criminal penalties for the possession of small amounts of cannabis," Barry said in an emailed statement.

Rep. Jeremy Faison, R-Cosby, has already declared dead his bill to legalize medical marijuana. It's now legal in more than half of states, according to the National Council of State Legislatures.