COVINGTON, Ga. - Police arrested two teenagers Monday morning after they lead officers on a dangerous chase through Newton County and force a local college to go on lockdown. 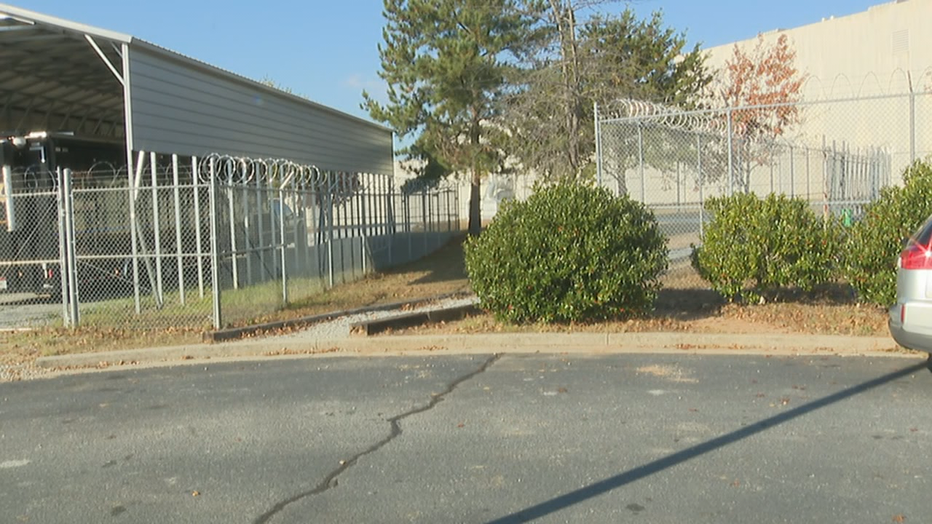 Covington Police said the incident began after 6 a.m. when they received a call from a the owner of a white 2019 F250 Super Duty truck that was stolen from the driveway of a home in the Brookline subdivision. Officers tracked the truck's GPS to the Wellington Ridge Apartments off Highway 142.

"When our officers arrived in the area, they were met with a speeding Mitsubishi pulling out of that area with a male on the hood of the vehicle," said Covington Police Capt. Ken Malcom.

When the officer attempted to follow the blue Mitsubishi Lancer, the teen on the hood got into the car and it drove off.

Police confirmed that the car was stolen out of DeKalb County and made chase. Multiple agencies joined the chase, following the vehicle to a location behind Hometown Suites on City Pond Road. There, the Georgia State Patrol arrested one teen, while the other fled into the nearby woods, police said.

During the search, officers say they received information that the suspect was seen running near the Georgia Piedmont Technical College's Newton Campus. That set off a lockdown of Building D on the campus, officials said.

The lockdown ended after police located the teenaged suspect hiding in a tree, according to police.

"We're just really glad that Covington [Police] were able to capture them," said Beverly Thomas, Dean of the Newton campus.

Police say the suspects are 14 and 15 years old. Both are charged with entering auto, fleeing to elude, theft by taking, and obstruction.

Officers said they believe the two were breaking into cars at the Wellington Apartments before police arrived.  They discovered several stolen items inside the Mitsubishi from laptops to guns.