DEKALB COUNTY, Ga. - The teenage son of the Chaplain for Auburn University's football team was killed at a DeKalb County gas station. Police said 19-year-old Chette Williams Jr. was trying to rob a man when he was shot.

The shooting happened at the QuikTrip on Flat Shoals Parkway Saturday night. Vashawn Bourgeours was working across the street at a barbershop.

"When I looked outside I saw a whole bunch of police out here and the whole thing was taped off and you could see where the cars were sitting. Lots of commotion," said Bourgeors.

DeKalb County Police said a 32-year-old man was pumping gas when Williams pulled in front of him. Investigators said Williams jumped out of his car, pointed a gun at the man and said, "You know what time it is?" Police said the 32-year-old pulled out his own gun, and when Williams fired, the man fired back, hitting Williams. Williams was rushed to the hospital where he was pronounced dead.

Police said the man who fired the shot walked into the QT and put his gun on the counter. Police said he will not be charged. 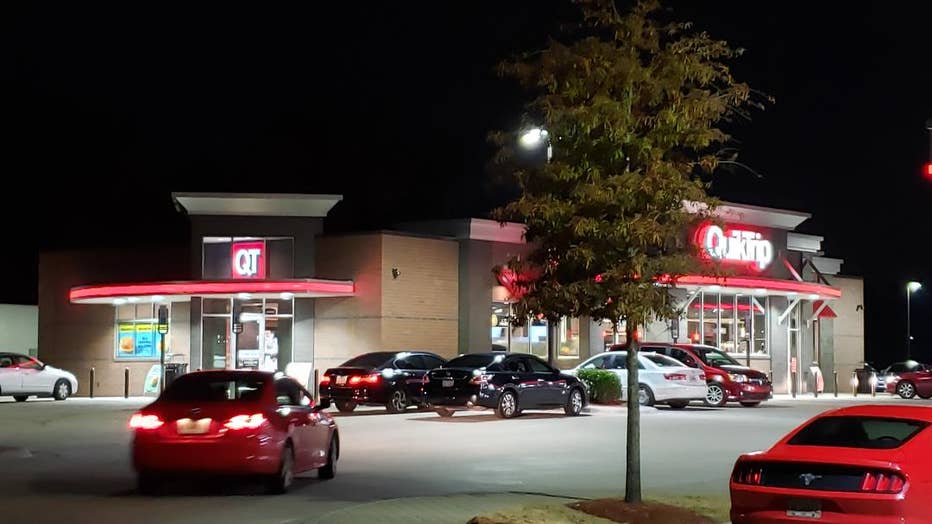 Williams is the son of Rev. Chette Williams, the longtime Chaplain of Auburn University's football team and the Chaplain for the Fellowship of Christian Athletes.

"We’re hurting for Brother Chette our FCA chaplain who lost his son over the weekend," said Malzahn.

Coach Malzahn asked for prayers for Rev. Williams and his family.

"We’re just hurting for him, Auburn family, we’re going to love him and help him through this tough time," said Malzahn.