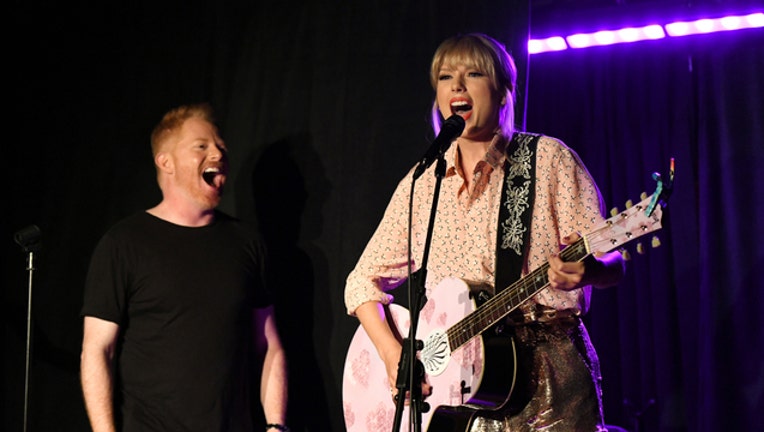 The clip for her song "You Need to Calm Down," in which Swift calls out homophobes and her own haters, was released Monday.

The clip closes with Swift and Katy Perry - dressed as french fries and a hamburger - hugging. The two mended their friendship last year after publicly feuding.

The video finishes with the words: "Let's show our pride by demanding that, on a national level, our laws truly treat all of our citizens equally."

Earlier this month Swift announced that she supported the Equality Act.