Protesters gather around the world over George Floyd’s death

The death of the unarmed black man in Minneapolis has sparked outrage across the world.

Two Syrian artists painted a mural in memory of George Floyd, a man who died while being detained by Minneapolis police on May 25, sparking outrage and protests across the United States and around the world. 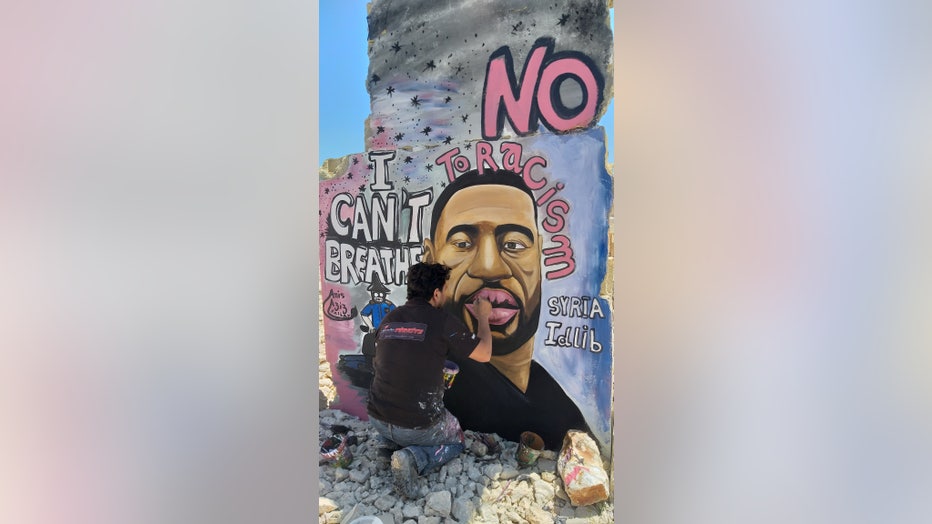 Asmar said Floyd’s death “by suffocation” reminded him of Syrian civilians “killed by suffocation after the Syrian regime hit them with chemical weapons.”

Aziz Asmar and Anis Hamdoun said they painted the mural to memorialize Floyd “to call for peace and love” worldwide, a local news article reported.

Asmar said Floyd’s death “by suffocation” reminded him of Syrian civilians “killed by suffocation after the Syrian regime hit them with chemical weapons.”

The mural depicts a stylized image of Floyd along with the phrases “I can’t breathe” and “No to racism.” Idlib and Syria are also painted on the mural. 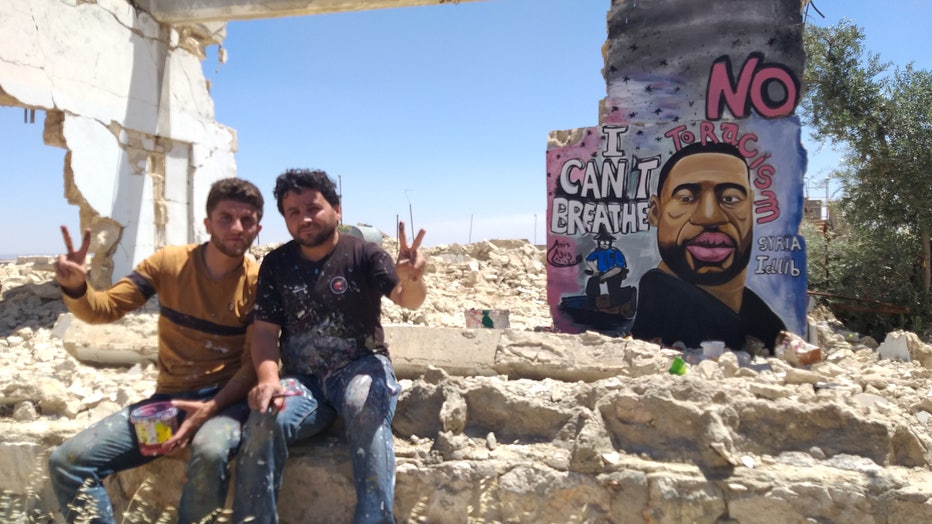 Aziz Asmar and Anis Hamdoun said they painted the mural to memorialize Floyd.

The photos of the mural show Asmar, as well as Bashar Hamdoun, who lightly contributed to the drawing, the photographer told Storyful. 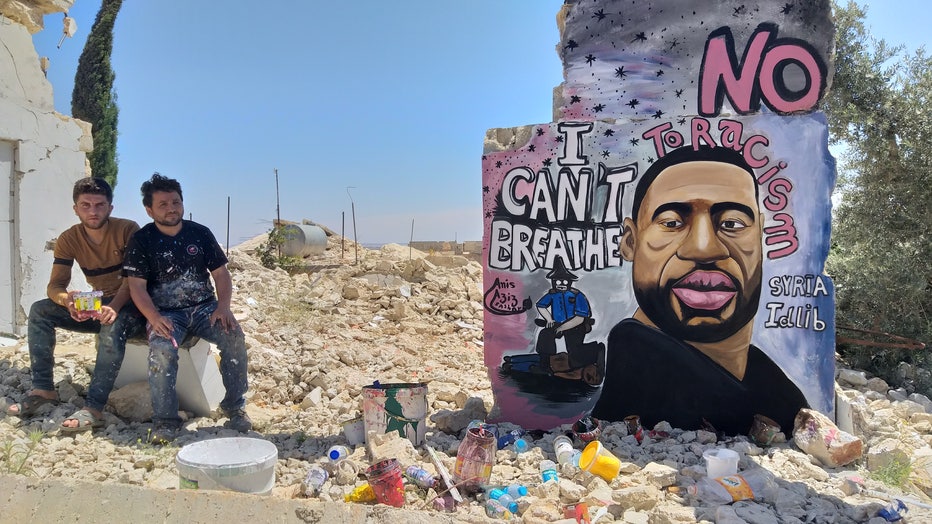 Two Syrian artists painted a mural in memory of George Floyd, a man who died while being detained by Minneapolis police on May 25.

Floyd, who was black, died while being arrested by Minneapolis police on suspicion of passing a counterfeit bill on May 25.

Widely seen cellphone video showed that a white officer, Derek Chauvin, pressed his knee into Floyd’s neck for several minutes while Floyd, who was handcuffed, pleaded for air and eventually stopped moving.

Chauvin now faces murder and manslaughter charges. The three other officers who took part in the arrest were fired but haven't been charged.

Floyd’s death sparked national and international outrage, setting off protests across major cities in the U.S. and even inspiring marches in the United Kingdom, Germany and other countries.

Four young soccer players in Germany’s Bundesliga addressed the death of George Floyd with protests against police brutality and called for justice over the weekend.

“First professional hat trick,” Jadon Sancho said on Twitter. “A bittersweet moment personally as there are more important things going on in the world today that we must address and help make a change. We have to come together as one & fight for justice. We are stronger together!”

Thousands gathered in central London on Sunday to offer support for American demonstrators. Chanting “No justice! No peace!” and waving placards with the words “How many more?” At Trafalgar Square, the protesters ignored U.K. government rules banning crowds because of the pandemic. Police didn’t stop them.

Demonstrators then marched to the U.S. Embassy, where a long line of officers surrounded the building. Several hundred milled around in the street and waved placards.

Protesters in Denmark also converged on the U.S. Embassy on Sunday. Participants carried placards with messages such as “Stop Killing Black People.”The U.S. Embassy in Berlin was the scene of protests on Saturday under the motto: “Justice for George Floyd.” Several hundred more people took to the streets Sunday in the capital’s Kreuzberg area, carrying signs with slogans like “Silence is Violence,” “Hold Cops Accountable,” and “Who Do You Call When Police Murder?”

The Associated Press and Storyful contributed to this report.