CARROLLTON, Ga. - Carroll County investigators are looking to identify three men accused of breaking into stores in Alabama and Georgia.

It took a while but eventually, the surveillance video shows the three men prying their way into the front doors of the Bowden Road Shoppette after hours.

The tallest of the three suspects stooped when he entered the door. The three men are wanted in both Alabama and Georgia. The men are accused of trying to remove them he safe from the back office. 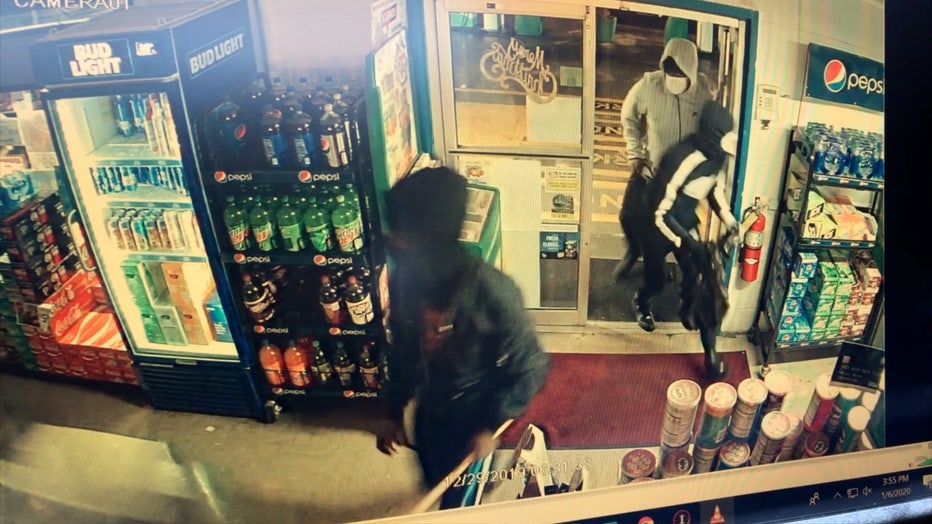 “The office was ransacked and the safe was moved slightly.  They may have been scared off by an alarm, said Inv. Ashley Hulsey of the Carroll County Sheriff’s Office.

The men are seen leaving the store and getting into a blue SUV. Investigators say it appeared to be a Hyundai Santa Fe.  They covered the license plate, so this car could be personally connected to the three men.

Investigators say after failing to remove the safe the men only got away with cartons of cigarettes.

In Cleburne County Alabama, the same  men are clearly seen in surveillance photos, according to investigators

Anyone who can help identify these men, call the Carroll County Sheriff’s Office.