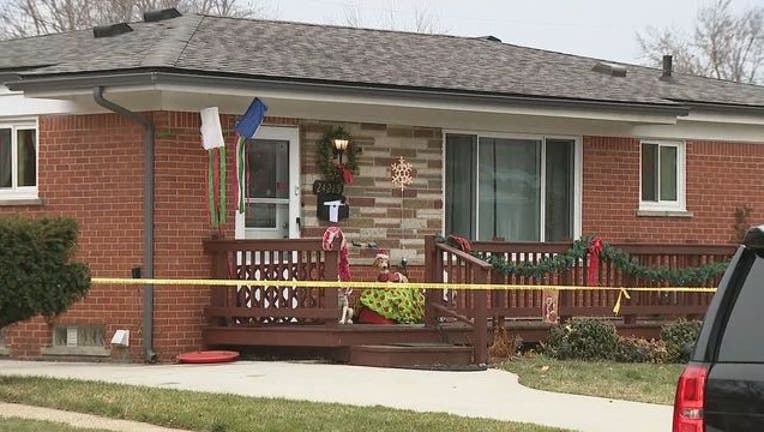 TOLEDO, Ohio (FOX 2) - A 23-year-old man in custody in Ohio after his grandmother's death in Warren, Mich. has been killed in jail, we're told.

The Warren Police Department says they were notified by police in Toledo that the suspect, Damon Barstad, was shot and killed Thursday afternoon. They were told Barstad attempted to disarm a Toledo police officer around 12:30 p.m. in their jail.

In the struggle for the weapon, Barstad was shot and killed.

The 23-year-old was found and arrested at a Ohio motel overnight after his grandmother was found dead at her home in Warren. Barstad was in jail there awaiting extradition from Ohio to Michigan when he was shot.

A family member called 911 late Wednesday night to say he hadn't heard from or seen his mother in several days. Officers responded to a home in the 2400 block of Masch Avenue, which is near 9 Mile and Ryan Road, and found the 68-year-old woman's body hidden inside a large recycling trash bin container.

Warren Police Commissioner Bill Dwyer said earlier on Thursday that authorities located and arrested the woman's 23-year-old grandson a few hours later. He had taken her car and driven to a motel in Toledo.

Right now it appears the woman was stabbed to death. Police aren't sure of a motive yet.

Warren police said they're now working to make sure Damon was the only one involved in the murder of his grandmother. Toledo police have launched their own investigation into what happened inside their jail.

FOX 2 reported on this story from Southfield, Mich.