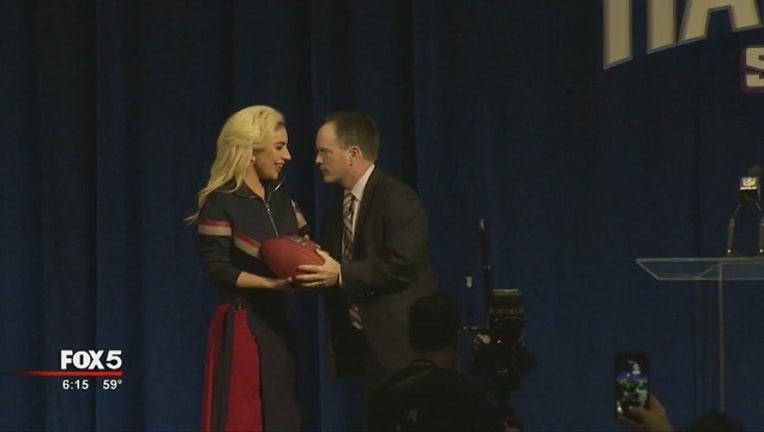 The National Football League denied a report that Lady Gaga was ordered not to discuss politics or President Trump ahead of her performance at halftime.

According to one report,  a source close to the halftime show said “Gaga was told by the NFL that she cannot say anything or bring anything up about the election. However, the NFL issued a statement calling that “unsourced nonsense from people trying to stir up controversy where there is none.”

Gaga was one of the very outspoken stars against Mr. Trump during the campaign and, the day after voting concluded, held a sign outside of Trump Tower reading, “love Trumps hate.”