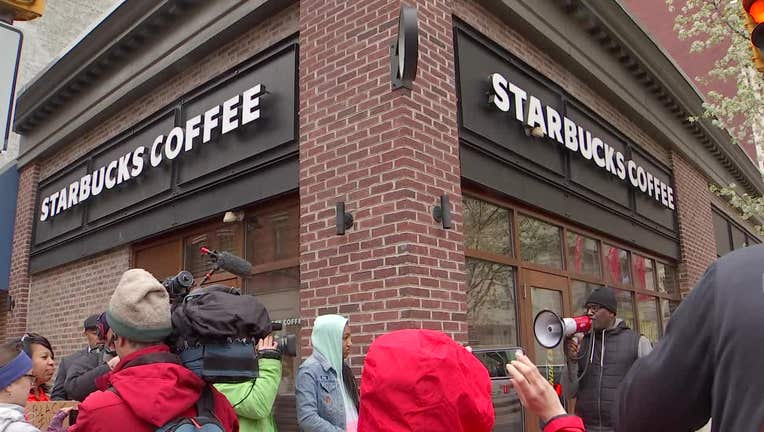 PHILADELPHIA -  A regional Starbucks manager fired after the high-profile arrests of two black men at one of the coffee shops in Philadelphia has filed a wrongful termination suit against the company.

Shannon Phillips accuses Starbucks of unfairly punishing white employees like her in response to the widely publicized arrests last year.

Phillips says she lost her job after objecting to the company putting another white manager on leave.

Starbucks denies Phillips' claims and says it will defend the suit, filed Monday in federal court in New Jersey.

Rashon Nelson and Donte Robinson were arrested minutes after a manager called police to say they hadn't bought anything and were refusing to leave.